How the Wren Became King of the Birds

The story is very old, and it may not be true, but this is how they tell it in many countries.

The animals had chosen the lion for their King because his looks and his powers seemed to fit him best of all for the place. So the birds made up their minds that they also would have a royal leader.

After a long council it was decided that, in spite of strong opposition from the Ostrich and his followers, the one with the greatest powers of flight should be King. And away all flew to see which could go the highest.

One by one they came down tired out, till only two were to be seen in the air: the Eagle and the Turkey-buzzard still going up. At last they got so high that the Turkey-buzzard froze his ears off for they were naked. Then he gave it up. The Eagle went still higher to show how strong he was, then sailed downward to claim the royal honours. But just as they were about to give him the crown, the Wren hopped off the top of the Eagle’s head, where he had been hiding in the long feathers, and squeaked out, “No matter how high he was, I was a little bit higher, so I am King”.

“Nothing to do with it”, said the Wren. 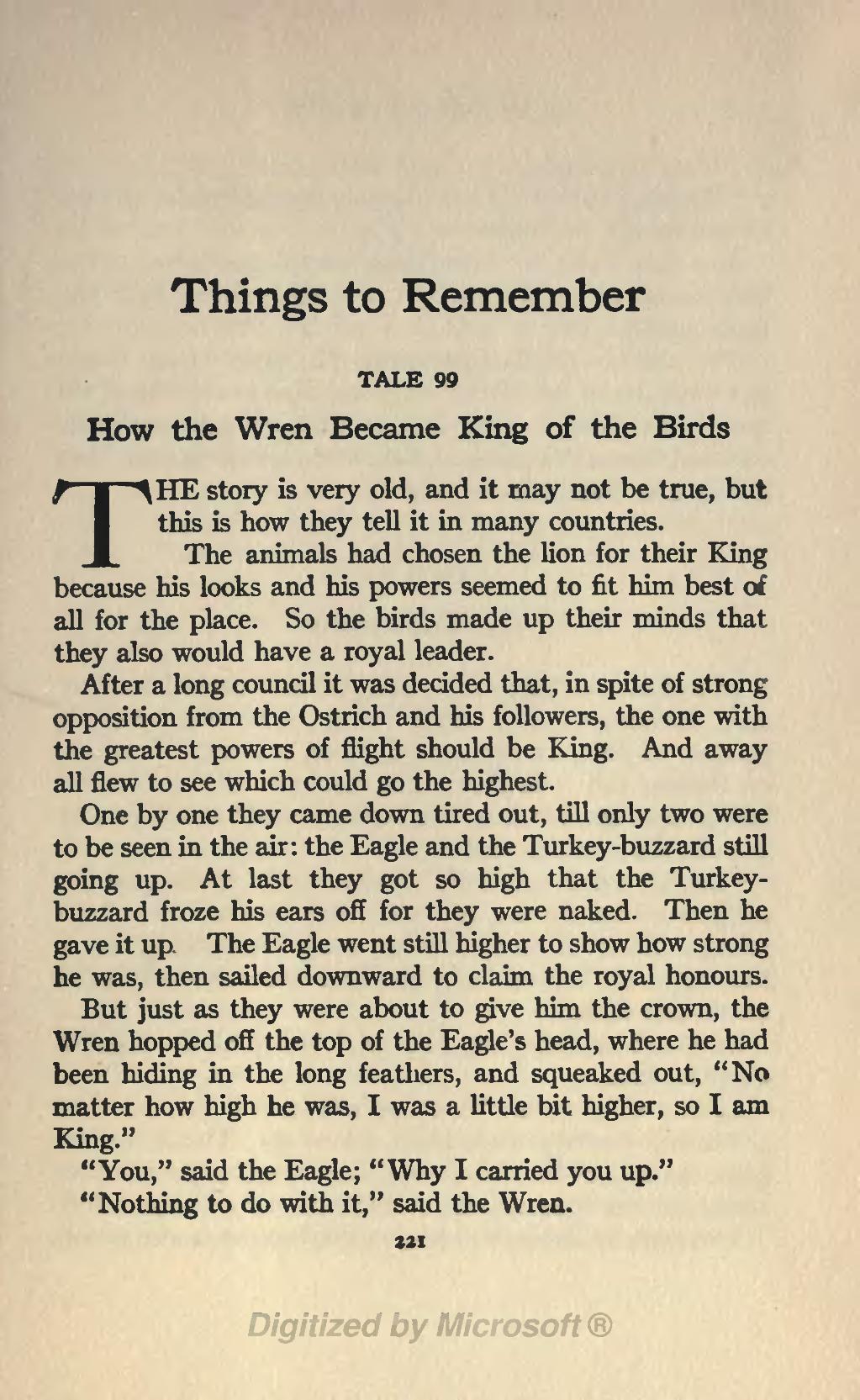