… Caribou have not come on our hunting grounds for threat snows. We need meat. Thus only can we bring them back, by the big medicine of the Caribou Dance, by the power of the White Caribou.”

He rolls his drum, then in turn faces each of the winds, beckoning, remonstrating, and calling them by name; Kitchi‑nodin (West); Keeway‑din (North); Wabani‑nodin (East); Shawani‑nodin (South). Calling last to the quarter whence the Caribou are to come, finishing the call with a long KO‑KEE‑NA. Then as he thumps a slow single beat the four Caribou come in in single file, at a stately pace timed to the drum. Their heads are high, and they hold the horns on their heads, with one hand, as they proudly march around. The Chief shouts: “The Caribou, The Caribou!” After going round once in a sun circle (same way as the sun), they go each to a corner. The Chief says: “They honour the symbol of the Great Spirit.” The drum stops; all four march to the fire. They bow to it together, heads low, and utter a long bellow.

Then the Chief shouts: “They honour the four Winds, the Messengers.”

Then the Caribou back up four paces each, turn suddenly and make a short bow, with a short bellow, then turn and again face the fire.

The Chief shouts: “Now they live their wild free lives on the plain.” He begins any good dance song and beats double time. The Caribou dance around once in a circle.

The Chief shouts: “Full of life they fight among themselves.”

The first and second Caribou, and third and fourth, close in combat. They lower their heads, lock horns held safely away from the head, snort, kick up the dust, and dance around each other two or three times. 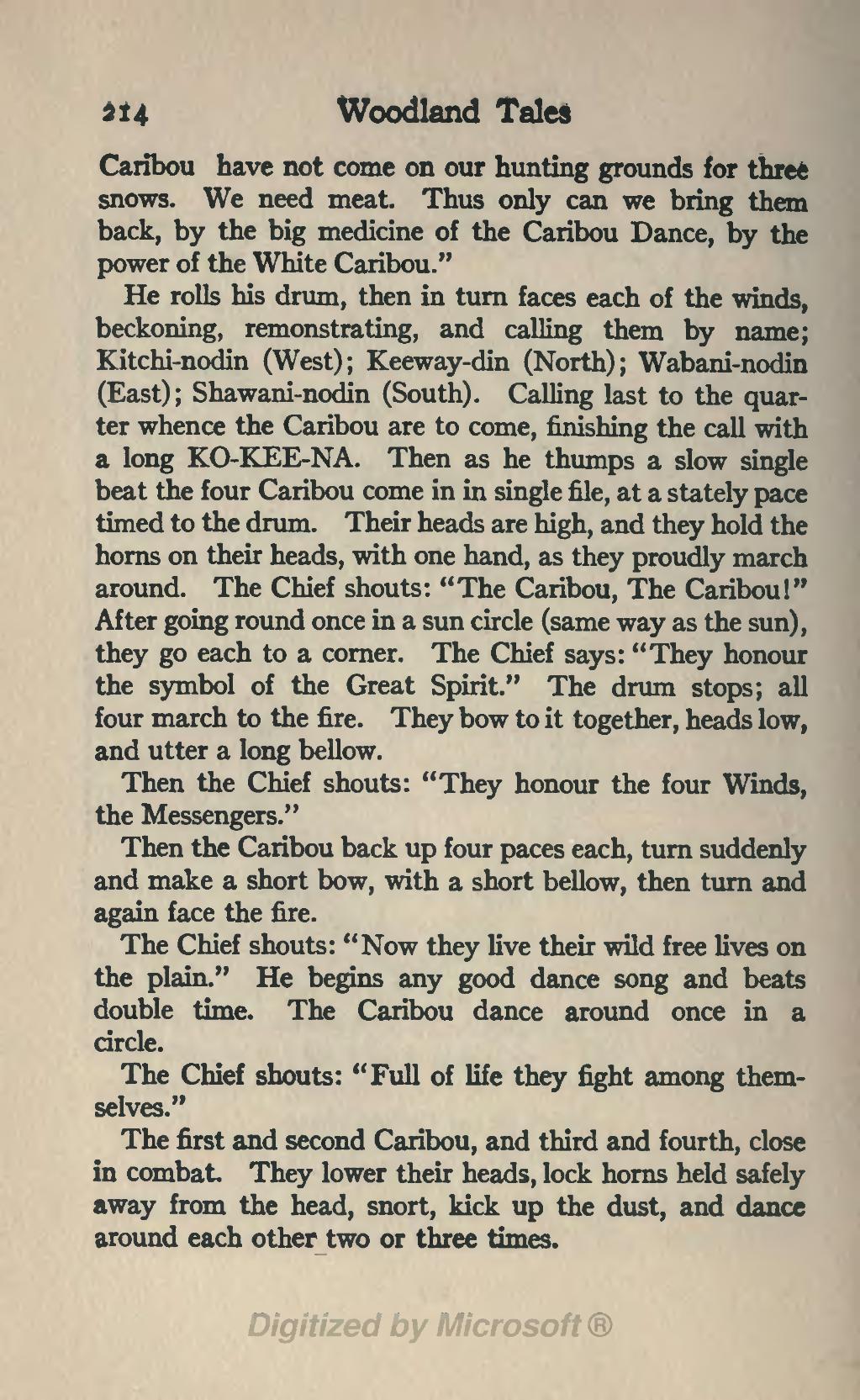