… come back; and you will find that every creature on four feet that went to the tree tenement-house has left us its trail; that is its track or trace.

No two animals make the same trail, so that every Squirrel that climbed, every ’Coon or ’Possum, every Tree-mouse, and every Cottontail that went by, has clearly put himself on record without meaning to do so; and we who study Woodcraft can read the record, and tell just who passed by in the night.

Once upon a time there was a girl who was very anxious to know what sort of a husband she should get; so, of course, she went to the old wood-witch.

The witch asked a few questions, then said to the girl: “You walk straight through that woods, turn neither to right nor left, and never turn back an inch, and pick me out a straight stick, the straighter the better; but pick only one, and bring it back”.

So the girl set out. Soon she saw a fine-looking stick close at hand; but it had a slight blemish near one end, so she said: “No; I can do better than that”. Then she saw another that was perfect but for a little curve in the middle, so she passed it by.

Thus she went, seeing many that were nearly perfect; but walking on, seeking one better, till she was quite through the woods. Then she realized her chances were nearly gone; so she had to take the only stick she could find, a very crooked one indeed, and brought it to the witch, saying that she “could have got a much better one had she been more easily satisfied at the beginning”.

The witch took the stick, waved it at the girl and said: ..text continues 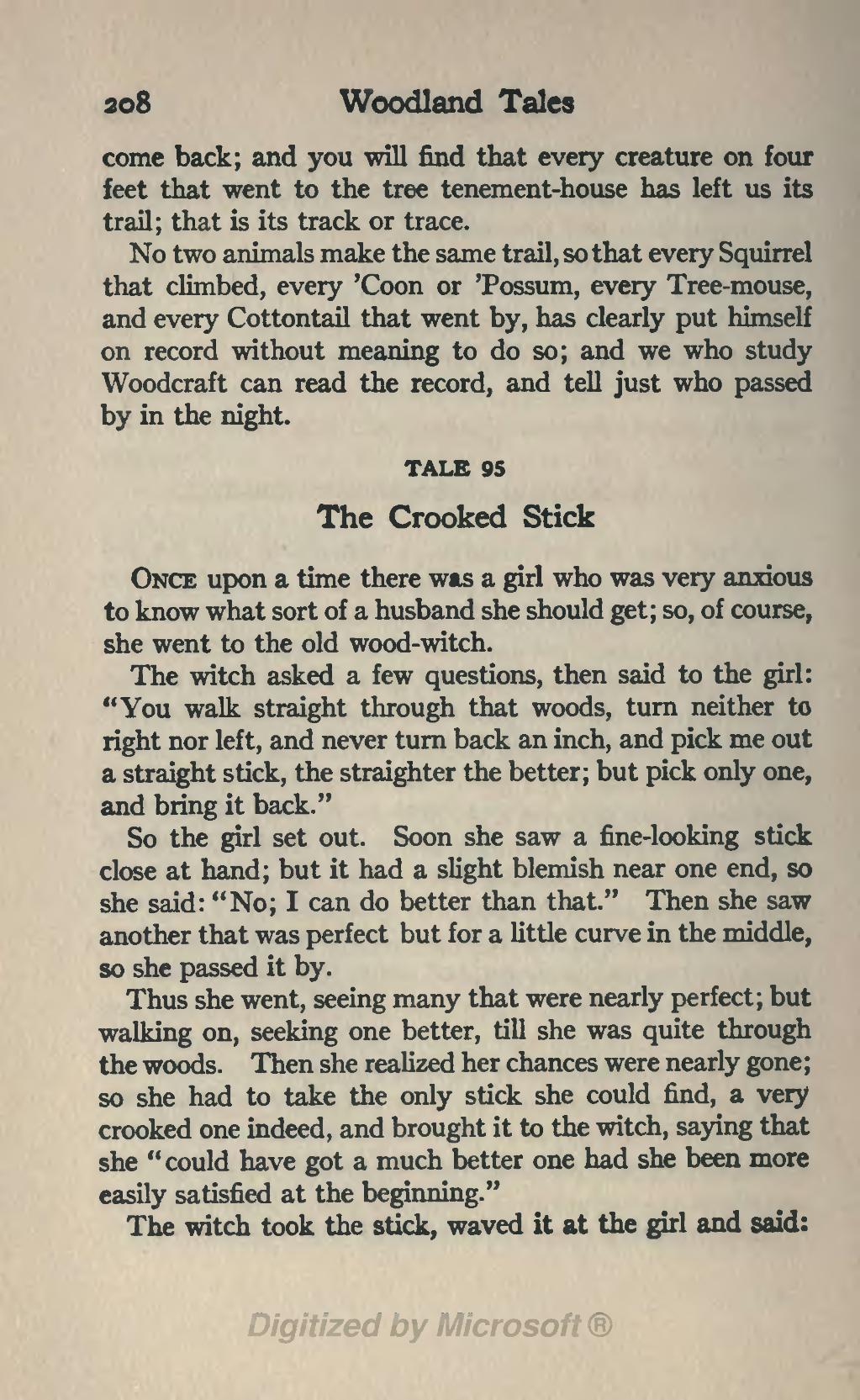