Things to Know 171 rhe wise old Medicine Man of his tribe said, "You need the Medicine of the Sky." He took it and got qiiite well and strong. Another Indian, who had gone to visit with a distant tribe of red men, came back with some sickness on his skin that made it very sore. It was far worse than Poison Ivy, for it began to eat into his flesh. The Medicine Man said, " Sky Medicine will cure you." And it did. One day a white man, a trader, came with chest protectors to sell to the Indians. He was sure they needed them, because he did; and, although so well wrapped up, he was always cold. He suffered whenever the wind blew. The old Medicine Man said, "We don't need your chest pads, and you would not if you took the Sky Medicine." So the trader tried it, and by and by, to his surprise and joy, no matter whether it was hot or cold outdoors, he was com- fortable. This man had a friend who was a learned professor in a college, and he told him about the great thing he had learned from the old Indian. The professor was not old, but he was very sick and feeble in body. He could not sleep nights. His hair was falling out, and his mind filled with gloomy thoughts. The whole world seemed dark to him. He knew it was a kind of disease, and he went away out West to see his friend. Then he met the Medicine Man and said to him, " Can you help me? " The wise old Indian said, "Oh, white man, where do you spend your days?" "I spend them at my desk, in my study, or in the class- room." "Yes, and your nights?" "In my study among my books." "And where do you sleep?" "I don't sleep much, though I have a comfortable bed." 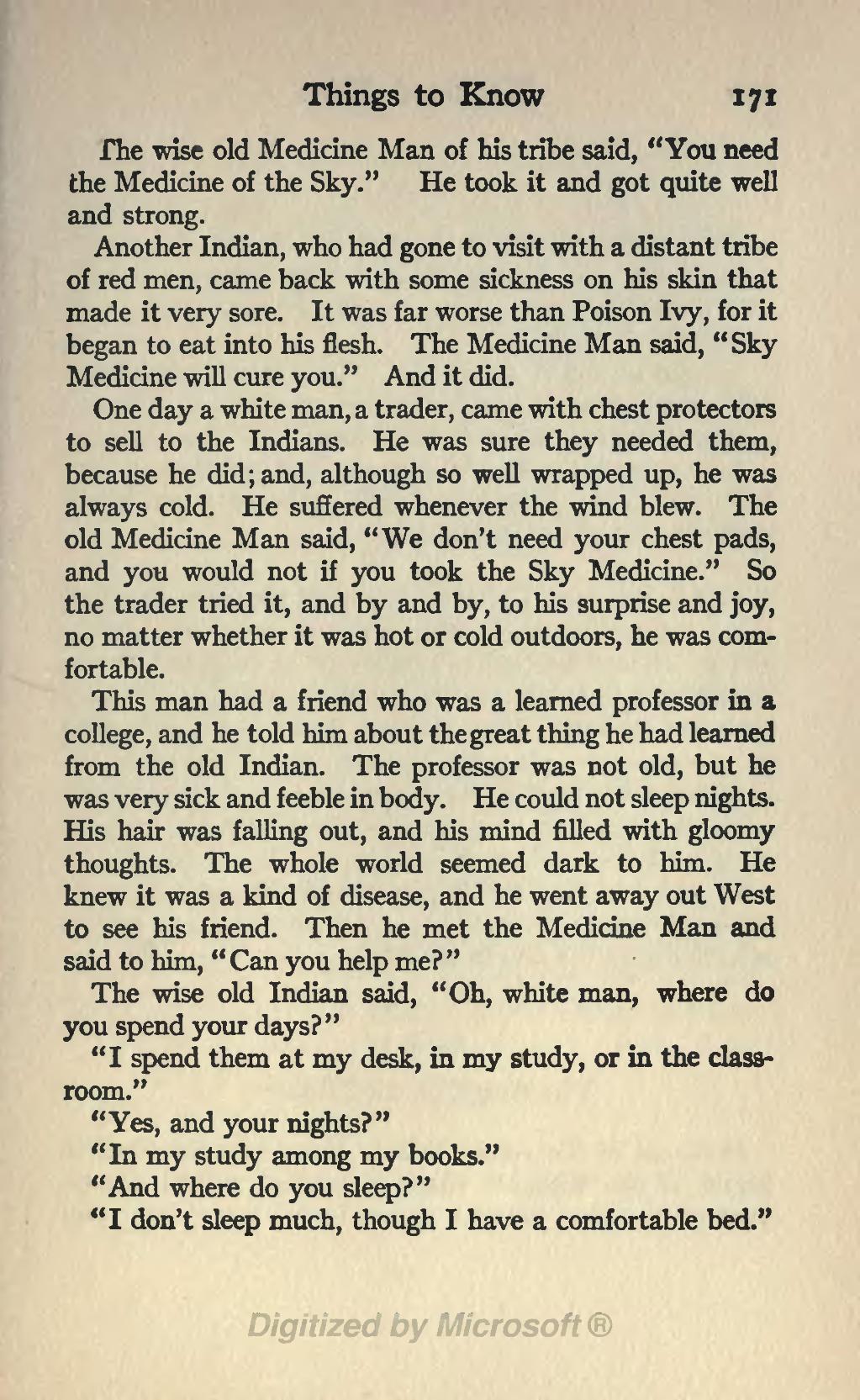