Poison Ivy or the Three-Fingered Demon of the Woods

You have been hearing about good fairies and good old Mother Carey and Medicine in the Sky. Now I am going to warn you against the three-fingered Demon, the wicked snakevine that basks on stone walls and climbs up the tree trunk, and does more harm than all the other plants, vines, trees, and bushes put together; for it is not like the Deathcup, easy to see and easy to let alone.

This is the Poison Ivy. Does it not look poisonous as it crawls snake-like up some trunk, sending suckers out into the tree to suck the sap; and oozing all over its limbs with poison in tiny wicked little drops? Sometimes it does not climb but crawls on the ground, but by this ye may always know it: It has only three fingers on its hand; that is, only three leaflets on each stalk.

The one thing that looks like it, is the Boston Ivy, but that does not grow in the woods, and the Poison Ivy leaf always has the little bimip and bite out on the side of the leaf as you see in the drawing.

It is known and feared for its power to sting and blister the skin when it is handled or even touched. The sting begins with an unpleasant itching which gets worse, especially if rubbed, until it blisters and breaks open with sores which are very hard to heal.

The cause of the sting is a blistering oil, which is found in tiny drops on all parts of the leaf and branches; it is a fixed oil; that is, it will not dry up, and as long as it is on the skin, it keeps on burning and blistering, worse and worse. 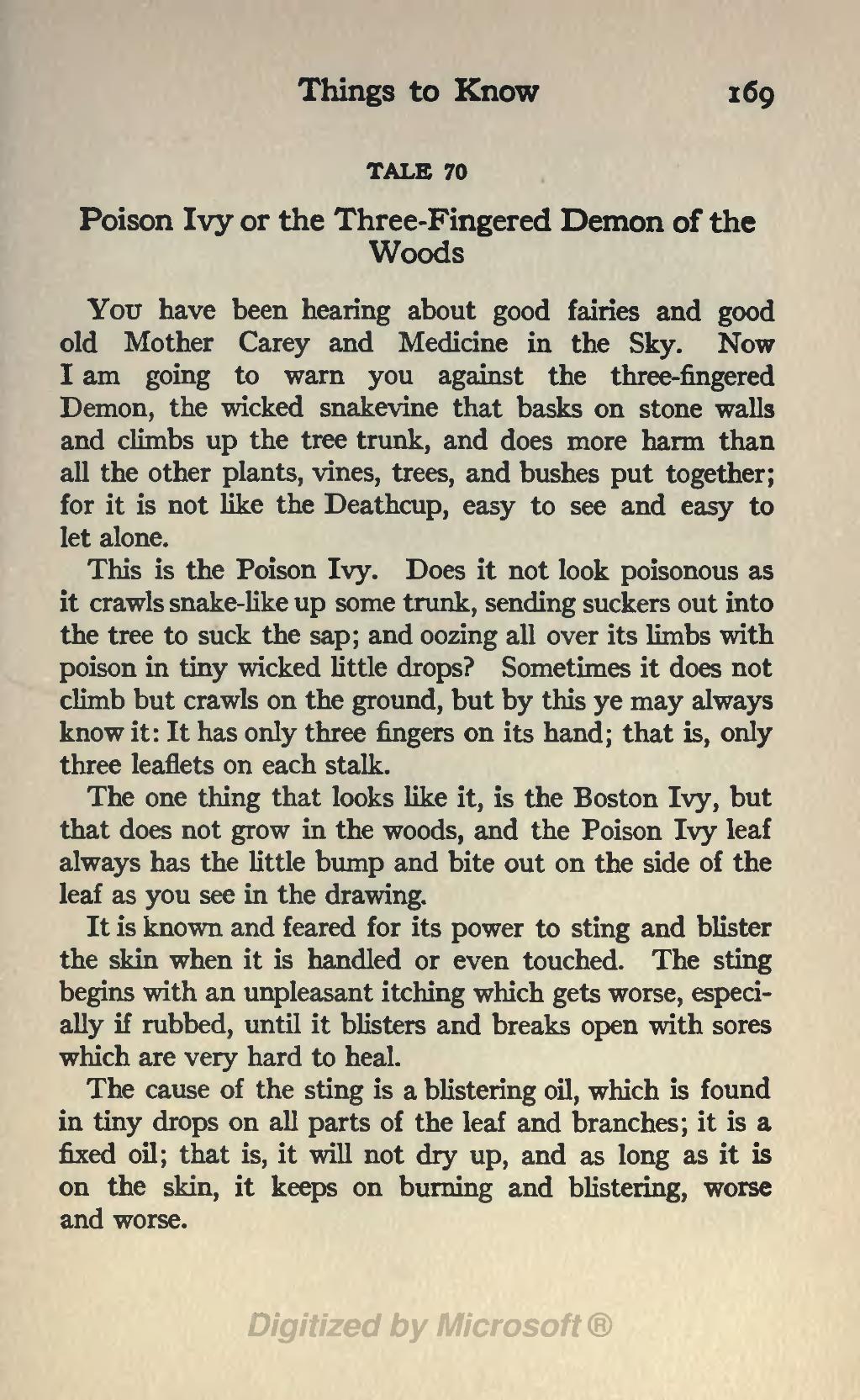