Things to Know 167 break it down. Then to trail over the trunks of trees and suck their life, he left the demon vine, the Poison Ivy with its touch of burning fire. He put the Snapping Turtle in the beautiful lakes to destroy its harmless creatures and the Yellow-eyed Whizz he sent, and the Witherbloom with its breath of flame. And last he made the Deathcup Toadstool, and sowed it in the woods. He saw the Squirrels eating and storing up the sweet red russula. He saw it furnish food to mice and deer, so he fashioned the Deathcup Amanita to be like it; and scat- tered it wherever good mushrooms grew, a trap for the un- wary. Tall and shapely is the Deathcup; beautiful to look upon and smelling like a mushroom. But beware of it, a very little is enough, a morsel of the cup; the next night or maybe a day later the poison pangs set in. Too late perhaps for medicine to help, and Amanita, the Deathcup, the child of Diablo, has claimed another victim. How shall we know the deadly Amanita among its kindly cousins, the good mushrooms? Wise men say by these: — The poison cup from which its springs; the white kid collar on its neck; the white or yellow gills; and the white spores that fall from its gills if the cup, without the stem, be laid gills down on a black paper for an hour. By these things we may know the wan Demon of the woods, but the wisest Guides say to their tribe: — "Because death lurks in that shapely mushroom, though there are a hundred good for food, they are much alike, and safety bids you shun them; let them all alone." So Diablo went on his way rejoicing because he had spoiled so much good food for good folk. This, the danger of the Deathcup, is the Seventh Secret of the Woods. 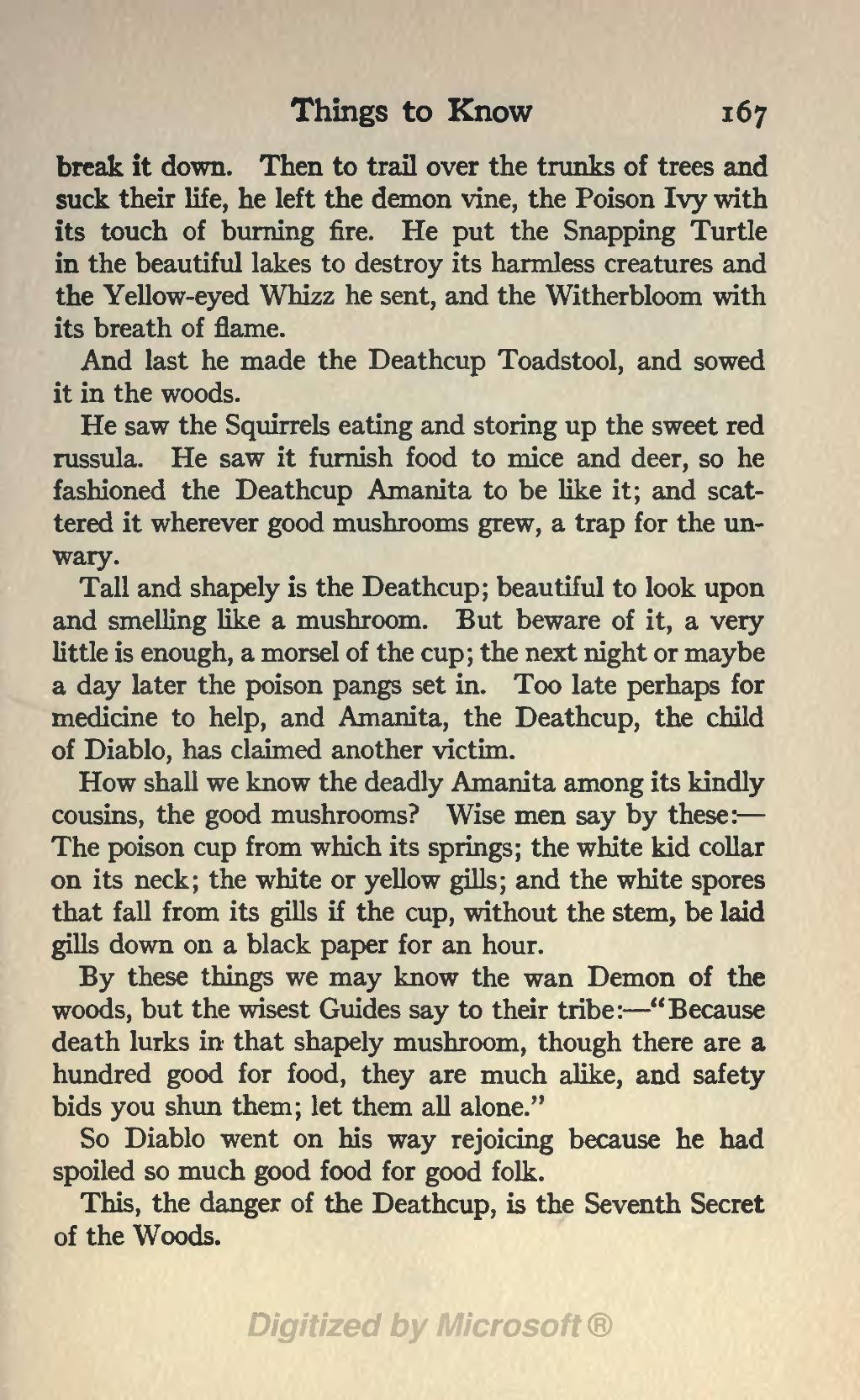