… good chance. Then Hardwoods as well as Pines will spread before you the chapters of their life; one ring for each year that they have lived.

All hunters and Indians have signs to let their people know the way. Some of these signs are on trees, and are called “Blazes”. One of those much used is a little piece of bark chipped off to show the white wood; it means: “This is the way, or the place”. Another sign is like an arrow, and means: “Over there”, or “Go in that direction”. No matter what language they speak, the blazes tell everyone alike. So a blaze is a simple mark that tells us something without using words or letters, and it depends on where it is placed for part of its meaning.

On the following page are some blazes used in our towns to-day. You will find many more if you look, some in books; some on the adjoining page.

A Totem[1] is a simple form used as the emblem or symbol of a man, a group of men, an animal, or an idea; it does not use or refer to words or letters, so it is the same in all languages. Unlike the blaze it does not depend on its position for part of its meaning.

Among peoples that cannot read or write, each leading man had a Totem that he used, instead of writing his name. 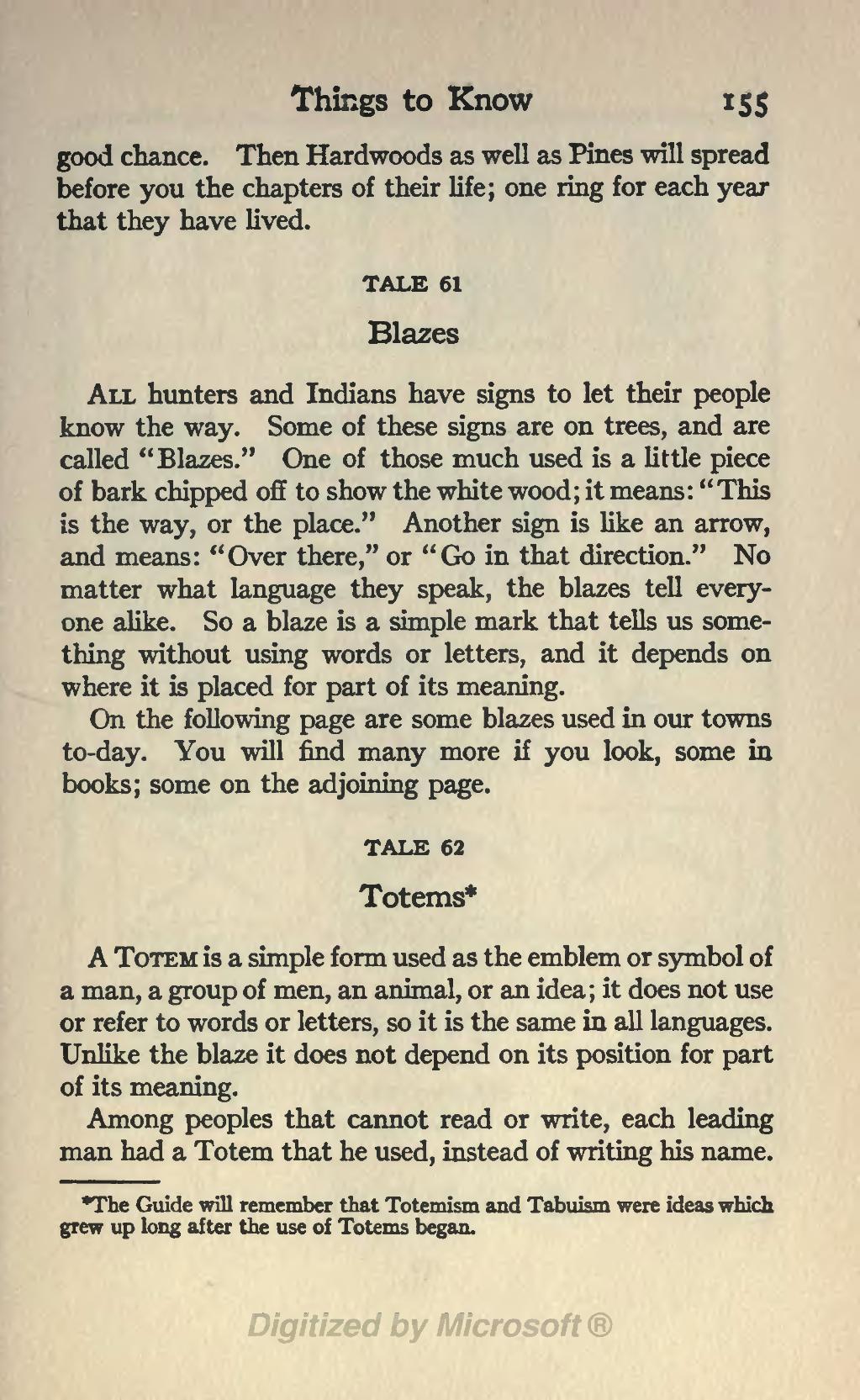