154 Woodland Tales branches, the trunk did not taper; it was an even cylinder, but got suddenly smaller at each knot by the same amount of wood as was needed by those branches for their wood. If we begin in the centre of the stump, and at the bottom of the trunk, we find that the httle tree tells us its own story of its life and troubles. Its first year, judging by the bottom section of the trunk (No. i) and by the inmost ring, was just ordinary. Next year according to section 2 and ring 2, it had a fine season and grew nearly twice as much as the first year. The third year the baby Pine had a very hard time, and nearly died. Maybe it was a dry summer, so the little tree grew only 2§ inches higher while the ring of wood it added was no thicker than a sheet of paper. Next year, the fourth, it did better. And the next was about its best year, for it grew 7 J inches higher, and put on a fine fat ring of wood, as you see. In its eleventh year, it had some new troubles; either the season was dry, or the trees about too shady, or maybe disease attacked it. For it grew but a poor shoot on the top, and the ring of wood on the stump is about the thinnest of all. Of course, a saw-cut along the second joint showed but thirteen rings, and the third but twelve while one through the top joint, the one which grew this year, showed but a single ring. Thus the Pine tree has in itself a record of its whole life; and this is easy to read when the tree is small; but in later hfe the lower limbs disappear, and the only complete record is in the rings of growth that show on the stump. These never fail to tell the truth. Of course, you are not to go around cutting down trees merely to count their rings and read their history, but you should look at the rings whenever a new stump gives you a 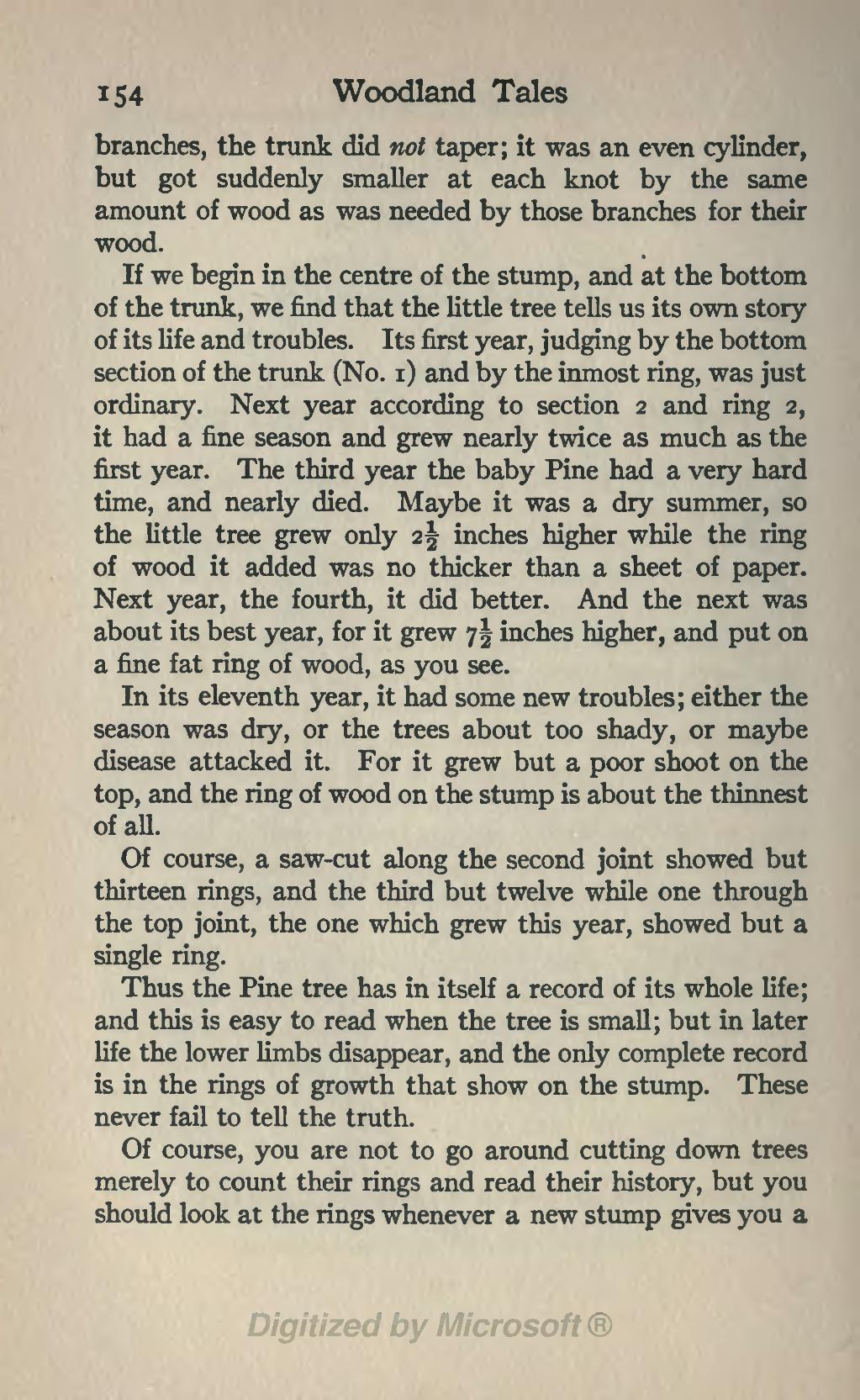