tst Woodland Tales if so be that the sun is in the sky, and the snow on the bosom of his Mother Earth, so that his shadow shall appear on it, he goeth back to sleep again for one and a half moons more — for six long weeks. But if the sky be dark with clouds and the earth all bared of snow so that no shadow shows, he says, "The blizzard time is over, there is food when the ground is bare," and ends his sleep. This is the tale and this much I know is true: In the North, if he venture forth on Woodchuck Day, he sees both sun and snow, so sleeps again; in the South there is no snow that day, and he sleeps no more; and in the land between, he sleeps in a cold winter, and in an open winter rouses to live his life. These things I have seen, and they fit with the story of Monapini, so you see the little Rumour told me true. 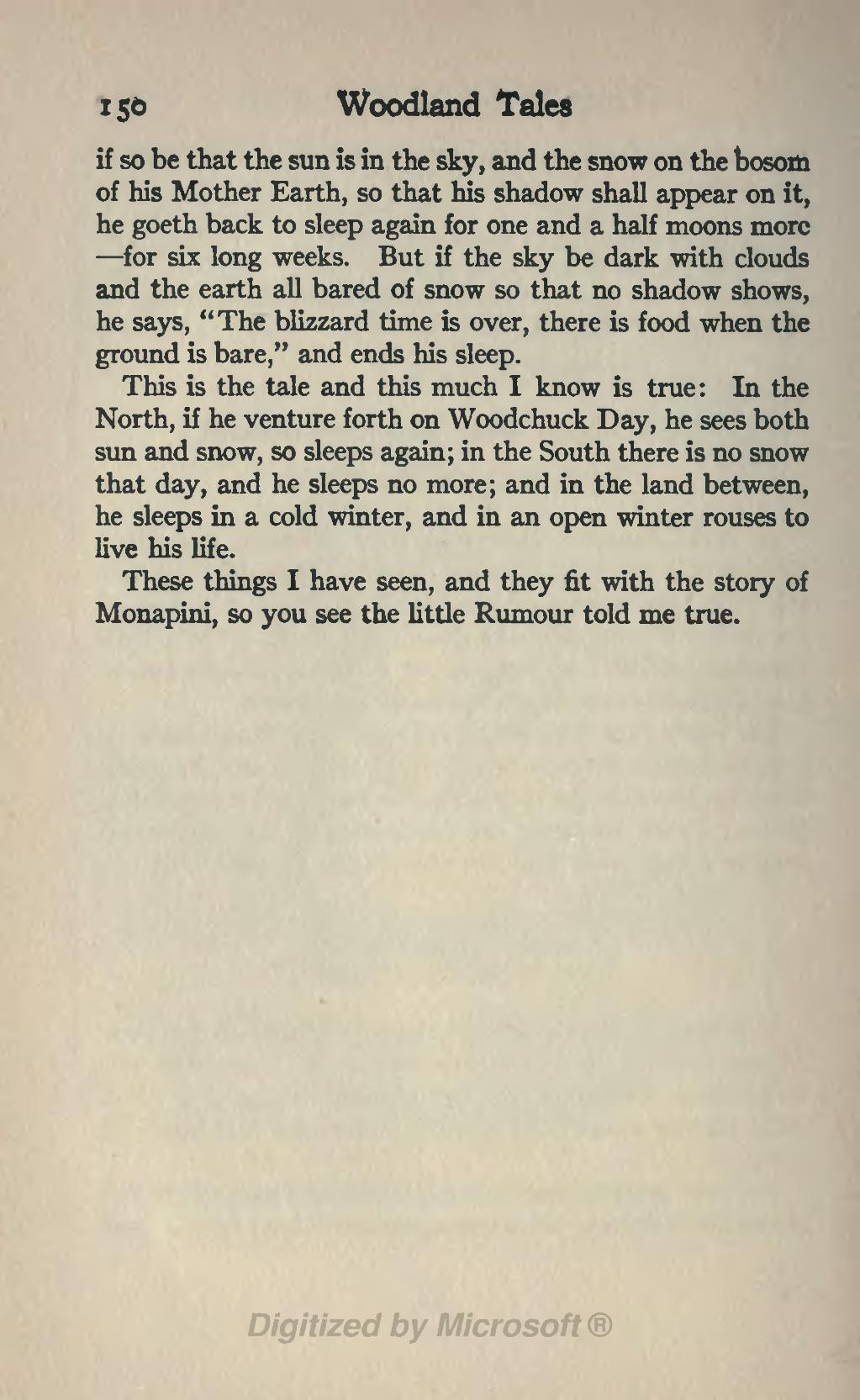