… the snow went off in April, and I wrote in their honour this verse:

Some of them bowed are, and broken
And battered and lying low
But the few that are left stand like spearmen staunch
Each pointing his pike at the foe.

The story runs that every year the wise Woodchuck retires to sleep in his cozy home off the subway that he made, when the leaves begin to fall, and he has heard the warning. Mother Carey has sung the death-song of the red leaves; sung in a soft voice that yet reaches the farthest hills;

And Mother Earth, who is Maka Ina, cries to her own: “Come, hide in my bosom, my little ones”. And the wise Woodchuck waits not till the blizzard comes, but hides while he may make good housing, and sleeps for three long moons.

But ever on the second sun of the Hunger-moon (and this is the Sixth Secret) he rouses up and ventures forth. And ..text continues 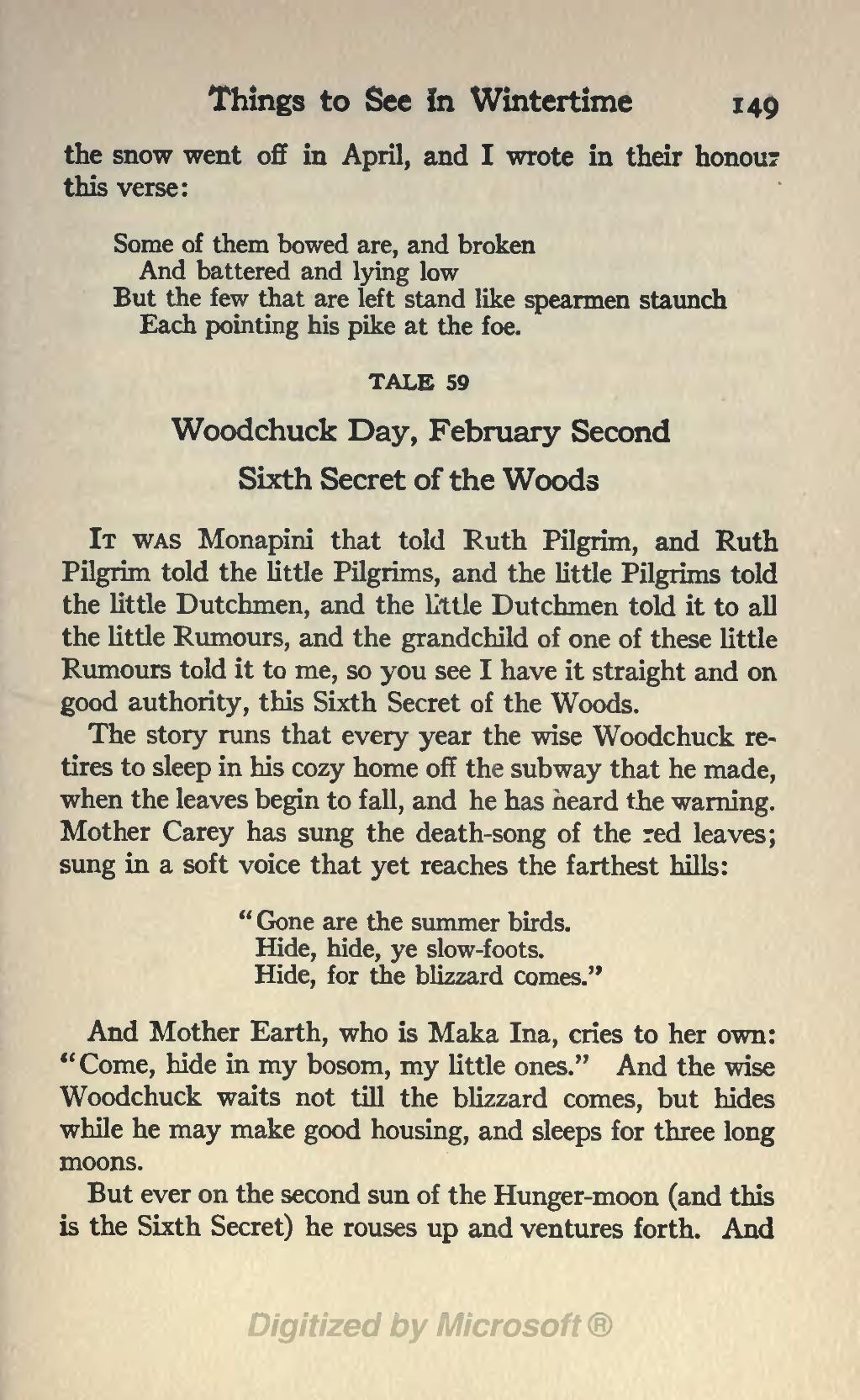