142 Woodland Tales In February of 1885, one morning after a light snowfall, I went tramping through the woods north of Toronto, when I came on something that always makes me stop and look — the fresh tracks of an animal. This was the track of a Cot- tontail Rabbit and I followed its windings with thrills of interest. There it began under a little brush pile (a); the bed of brown leaves showing that he settled there, before the snow-fall began. Now here (b) he leaped out after the snow ceased, for the tracks are sharp, and sat looking around. See the two long marks of his hind feet and in front the two smaller prints of his front feet; behind is the mark made by his tail, showing that he was sitting on it. Then he had taken alarm at something and dashed off at speed (c), for now his hind feet are tracking ahead of the front feet, as in most bounding forefoots, and the faster he goes, the farther ahead those hind feet get. See now how he dodged about here and there, this way and that, among the trees, as though trying to escape some dreaded enemy (c, d, e, f). But what enemy? There are no other tracks, and still the wild jumping went on. I began to think that the Rabbit was crazy, flying from an imaginary foe; possibly that I was on the track of a March Hare. But at "g" I found on the trail for the first time a few drops of blood. That told me that the Rabbit was in real danger but gave no clue to its source. At "h" I found more blood and at *'j" I got a new thrill, for there, plain enough on each side of the Rabbit track, were finger-like marks, and the truth dawned on me that these were the prints of great wings. The Rabbit was fleeing from an eagle, a hawk, or an owl. Some twenty yards farther "k" 1 found in the snow the remains of the luckless Rabbit partly devoured. Then I knew that the eagle had not 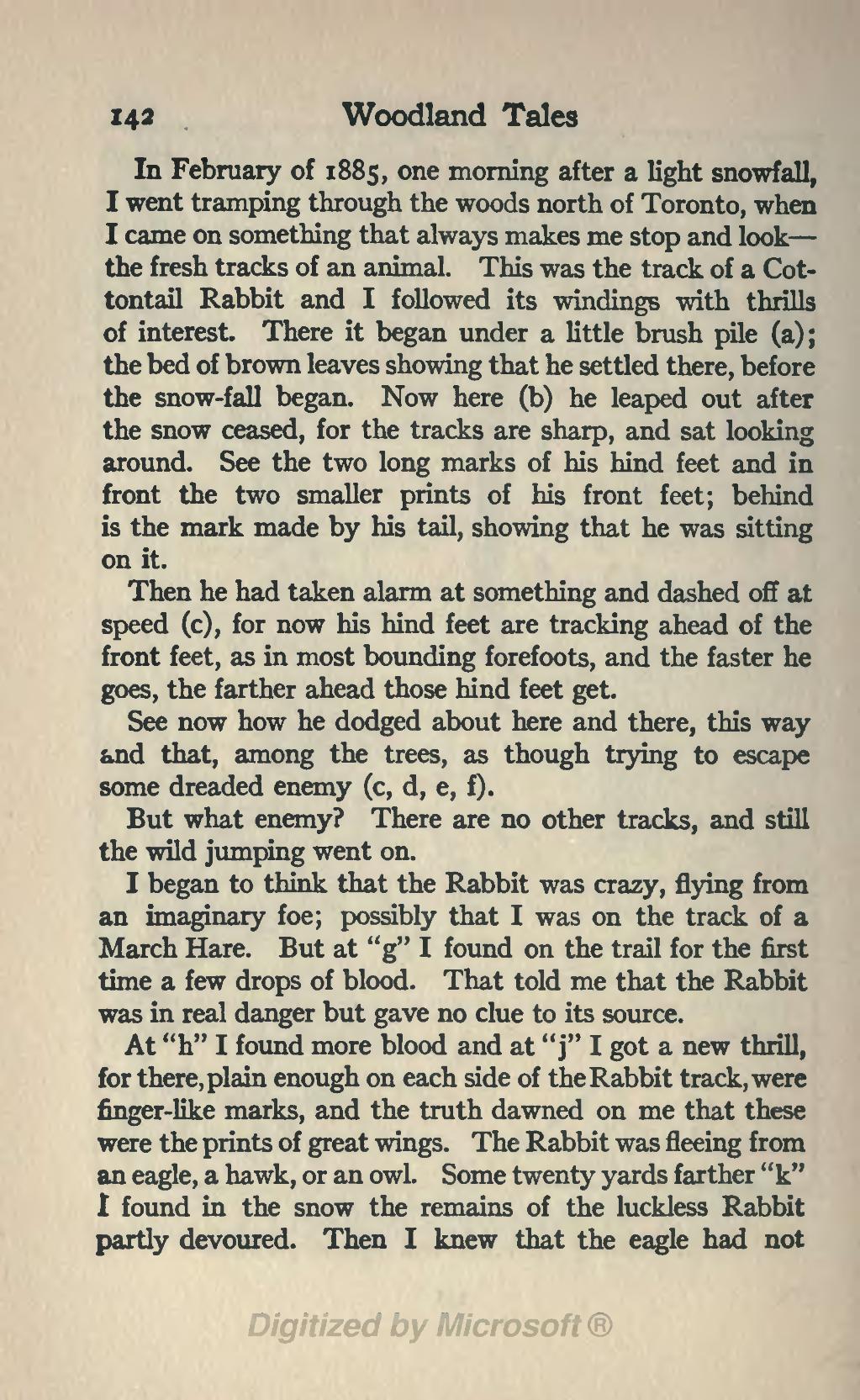