Two-Bright-Eyes was carried up
To sparkle in the skies
And look like stars — but we know well
That that’s our lost Bright-Eyes.

She is looking for the camp,
She would come back if she could;
She still peeps thro’ the tree-tops
For the teepee in the wood.

Stoutheart and His Black Cravat

Do you know the bird that wears a black cravat, which he changes once a year? It is the English Sparrow, the commonest of all our birds. His hair is gray, but he must have been redheaded once, for just back of his ears there is still a band of red; and his collar, maybe, was white once, but it is very dingy now. His shirt and vest are gray; his coat is brown with black streaks — a sort of sporting tweed. The new cravat comes when the new feathers grow in late summer; and, at first, it is barred with gray as if in half mourning for his sins. As the gray tips wear off, it becomes solid black; that is, in March or April. In summer, it gets rusty and worn out; so every year he puts on a new one in late August.

The hen sparrow is quite different and wears no cravat. She has a black-and-brown cape of the sporting pattern, but her dress is everywhere of brownish Quaker gray.

The song of the English Sparrow is loud and short; but he tries to make up, by singing it over and over again, for many minutes.

He eats many bad bugs, and would be well liked, if he ..text continues 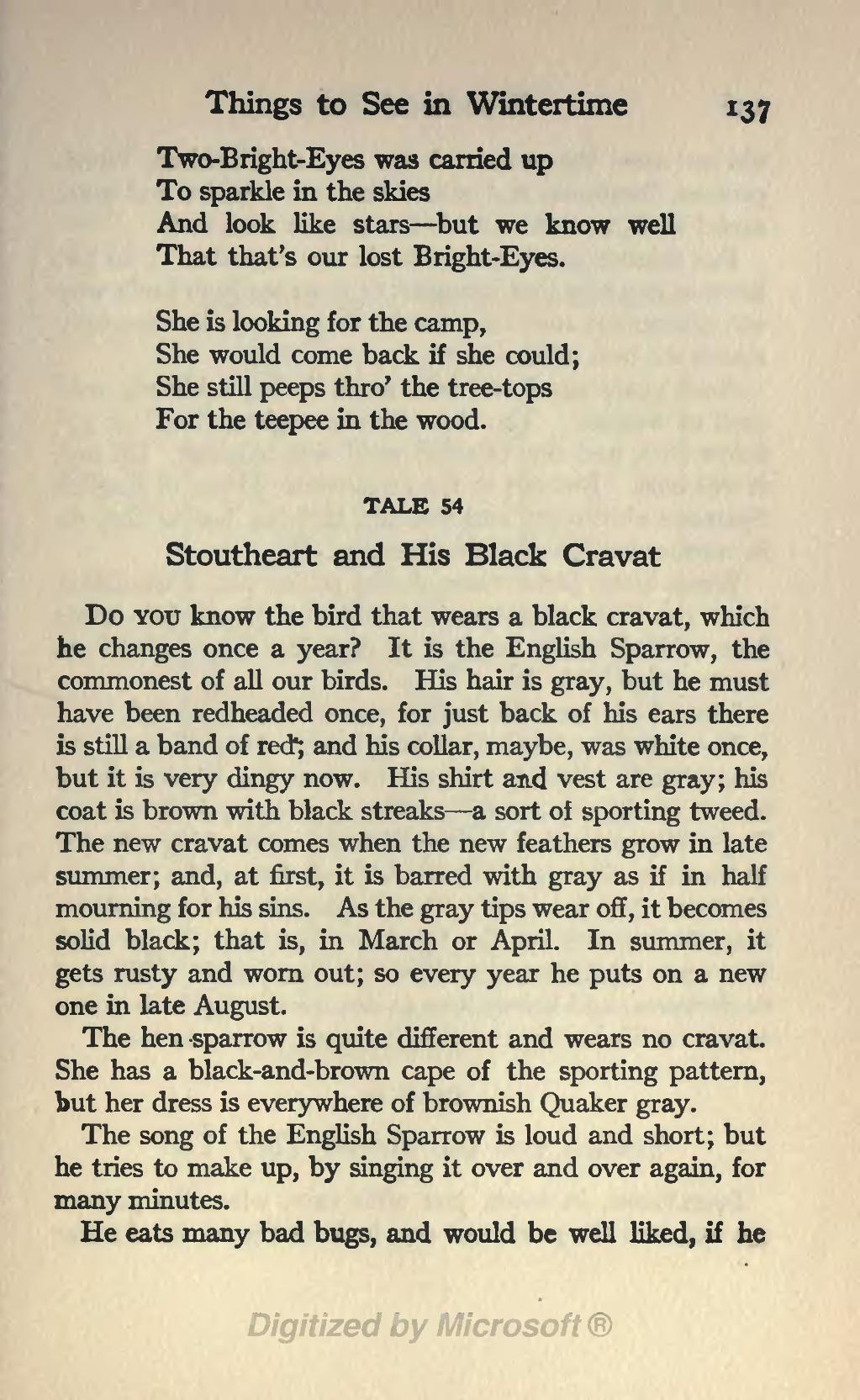