… madder than ever. So Orion waved his lion skin in his left hand, and with his club in the right, ran to meet the Bull, as it was scrambling up the bank from the water.

The first whack of the club tumbled the Bull back into the water, but it turned aside, went to another place, and charged again. And again Orion landed a fearful blow with the club on the monster’s curly forehead.

By this time, all the animals had gathered around to see the big fight, and the gods in heaven got so interested that they shouted out, “Hold on, that is good enough for us to see. Come up here.”

So they moved the mighty Hunter and the Bull, and the River and all the animals, up to heaven, and the fight has gone on there ever since.

In the picture I have shown a lot of animals besides Orion and the Bull, but the only things I want you to look now in the sky, are Orion’s belt with the three stars on it, and the Pleiades on the Bull’s shoulder, the seven spots where the seven arrows struck.

And remember these stars cannot be seen in summer, they pass over us in winter time. You can find Orion by drawing a straight Hne across the rim of the Dipper, beginning at the inner or handle side, passing throught he outer or Pointers side, and continued for twice the length of the Dipper, handle and all, this will bring you to Betelgeuze, the big star in the Giant’s right shoulder, below that are the three stars of his belt, sometimes called the “Three Kings”.

The Pleiades, that Orion Fired at the Bull

When late autumn comes the Pleiades (Ply-a-dees) appear in the evening sky to the eastward. These are the seven shots in the Bull’s shoulder, the seven arrows from ..text continues 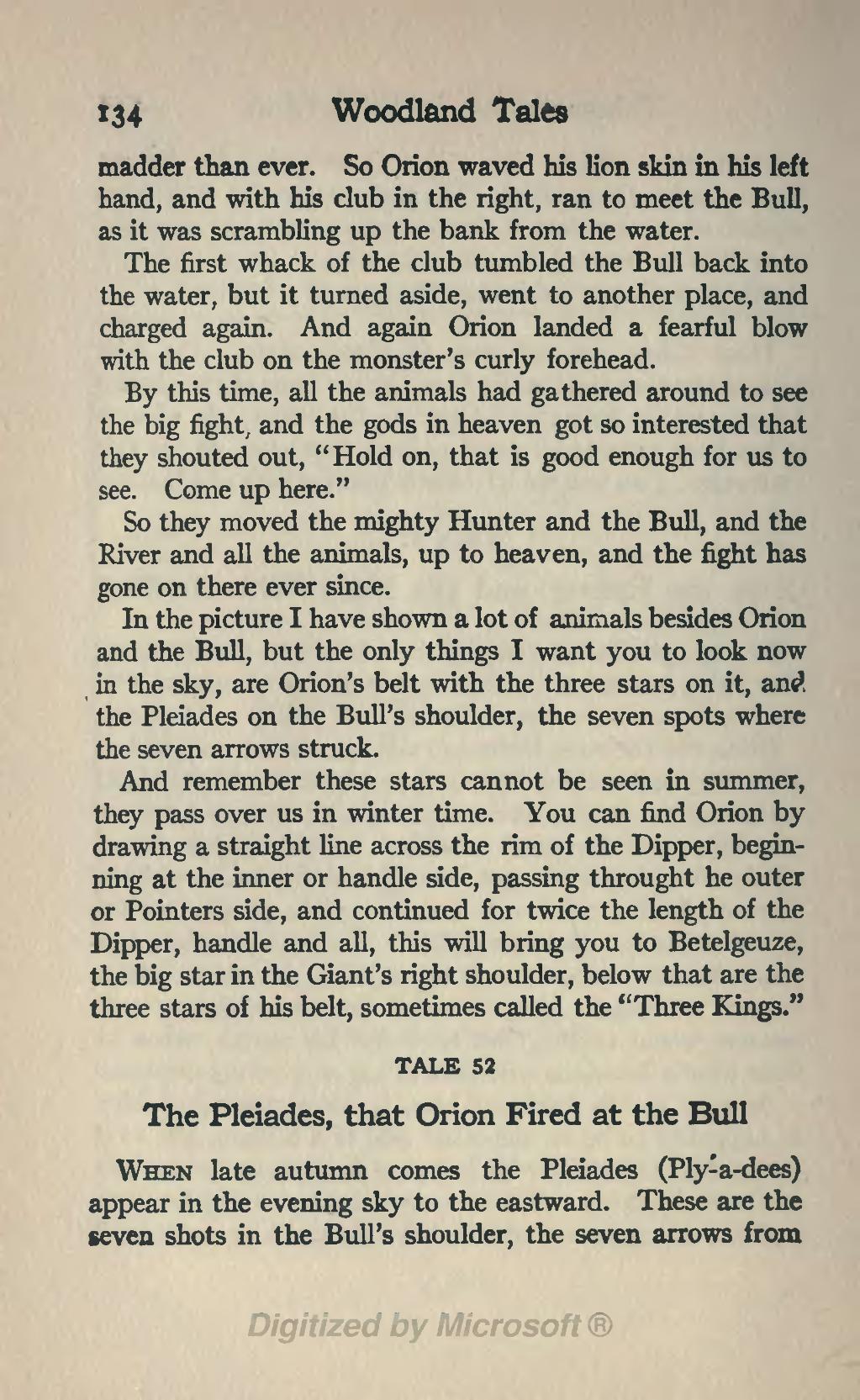