… seem to him. When the mother is sure that he did see them clearly, she rejoices. She goes to the fire and drops a pinch of tobacco into it, for incense to carry her message, then looking toward the sky she says: “Great Spirit, I thank Thee that my child has the eyes of a hunter.”

These things are not new, O Woodcrafter. The wise men of our race call the Big Star “Mizar” one of the chariot horses, and the little star “Alcor” or the Rider. In all ages it has been considered proof of first-class eyes, to see this little star. Can you see it? Have you the eyes of a hunter?

Orion the Hunter, and His Fight With the Bull

In the 49th Tale I told you there were two giants among the mighty hunters in the sky, Bootes, whose adventure with the Bears you have already heard, and Orion. (O-ry-on). Orion was the most famous of all. In his day men had no guns; they had nothing but clubs, spears, and arrows to fight with, and the beasts were very big and fierce as well as plentiful, yet Orion went whenever he was needed, armed chiefly with his club, fought the wild beasts, all alone, killing them or driving them out, and saving the people, for the joy of doing it. Once he killed a lion with his club, and ever afterward wore the lion's skin on his arm. Bears were as nothing to him; he killed them as easily as most hunters would rabbits, but he found his match, when he went after a ferocious wild Bull as big as a young elephant.

As soon as the Bull saw him, it came rushing at him. It happened to be on the other side of a stream, and as it plunged in, Orion drew his bow and fired seven quick shots at the Bull’s heart. But the monster was coming head on, and the seven arrows all stuck in its shoulder, making it ..text continues 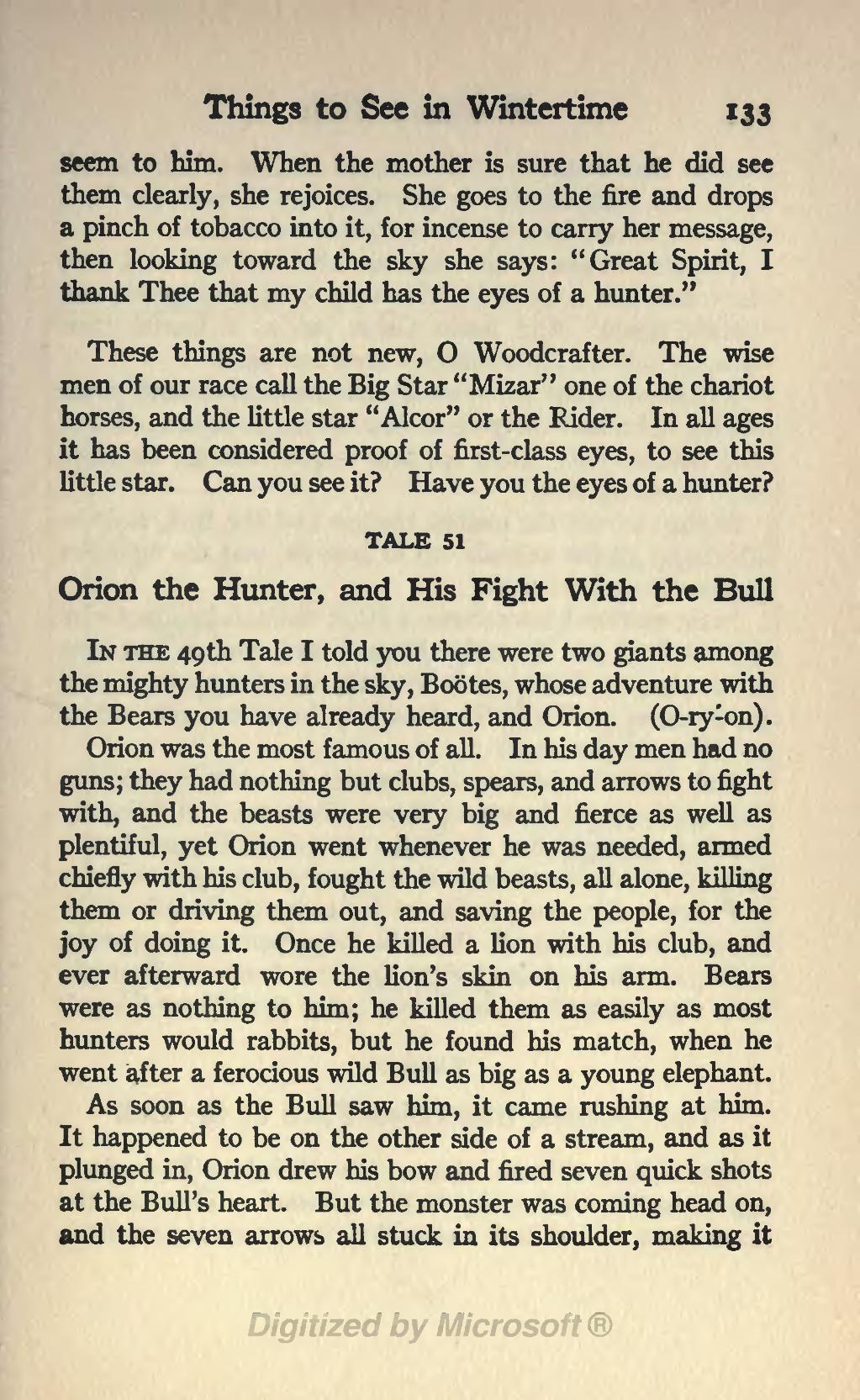