… in the form of a dipper pointing always to the cub who is called the “Little Bear”. The shining head of the big arrow in the end of the Little Bear's tail is called the North Star or Pole Star. You can always tell which is the North Star, by the two Pointers; these are the two bright stars that make the outer side of the Dipper on the Big Bear’s shoulder. A line drawn through them, points out the North Star.

The Dipper, that is the Big Bear, goes round and round the Pole Star, once in about twenty-four hours; so that sometimes the Pointers are over, sometimes under, to left or to right; but always pointing out the Pole Star or North Star. This star shows nearly the true north; and, knowing that, a traveller can find his way in any strange country, so long as he can see this friendly Home Star.

The Pappoose on the Squaw’s Back

Now that you know how the Bears and the Big Dipper came, you should know the Indian story of the Old Squaw.

First find the bright star that is at the bend of the Dipper handle. This is called the "Old Squaw"; on her back is a tiny star that they call “The Pappoose”.

As soon as an Indian boy is old enough to understand, his mother takes him out into the night when it is calm and clear, and without any moon or any bright lights near, and says, “My child, yonder is the Old Squaw, the second of the seven stars; she is going over the top of the hill; on her back she carries her pappoose. Tell me, my child, can you see the pappoose?”

Then the little redskin gazes, and from his mother’s hand he takes two pebbles, a big one and a little one, and he sets them together on her pabn, to show how the two stars ..text continues 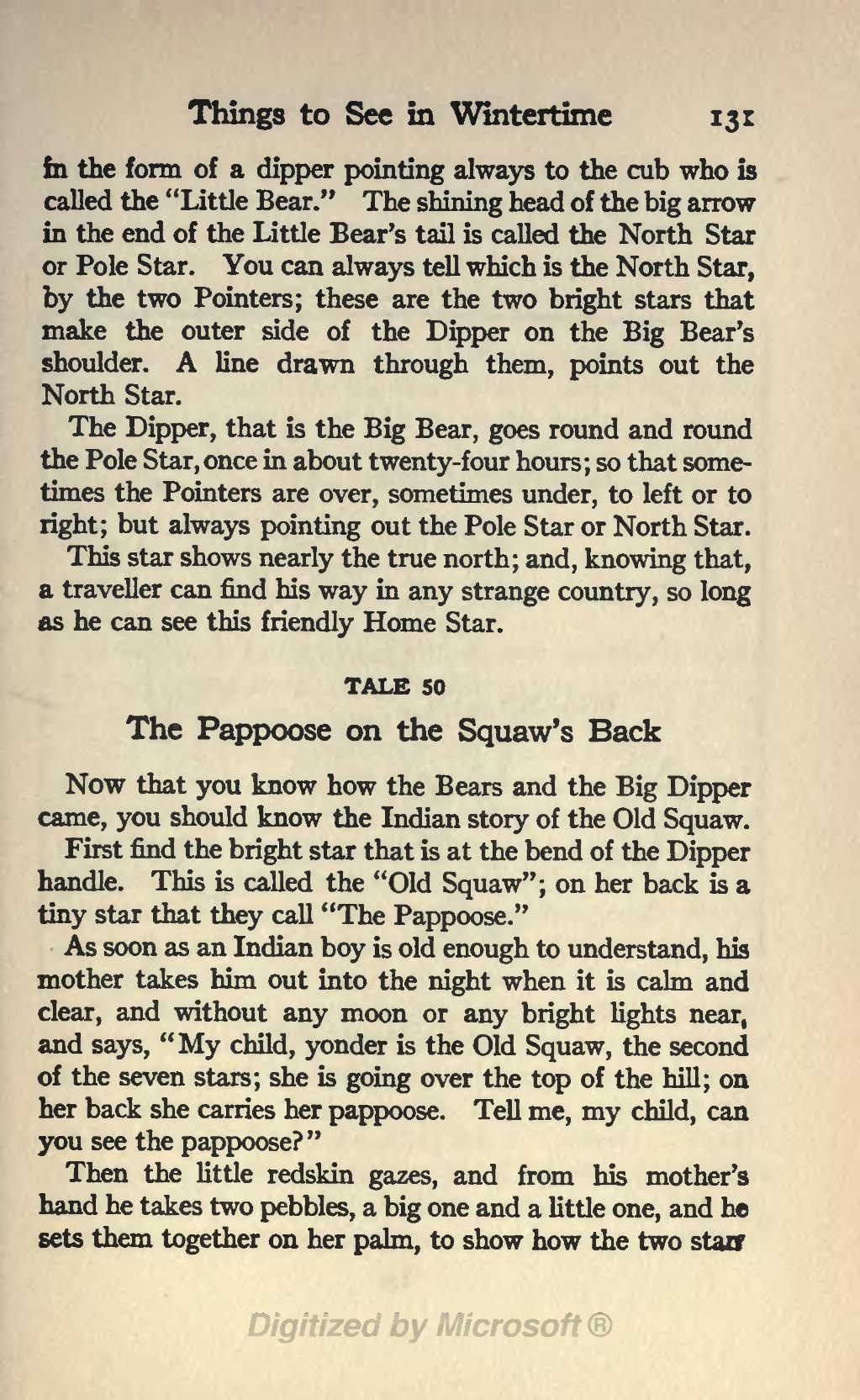