Things to See in Autumntime 125 And before he could spread his wings, she had stabbed him through. His song died away in a few shrieks, and then the Cicada lay still. But not dead, for the Digger had stuck her poison dagger into the nerve centre, so that he was paralyzed and helpless, but still living. Now the Digger set about a plan. She wanted to get that Cicada body into her den, to feed her young ones with it. But the Cicada was bigger and heavier than she was, so that she could not carry it. However, she was bent on doing it, she got all ready, took tight hold with her claws, then swooped from the tree, flying as strongly as she could, till the weight of the Cicada brought her to the ground within fifty feet, while the den was fully a hundred feet away. But the Wasp dragged the Cicada up the trunk of another tree, then took another long sloping flight as before. One more climb and skid down, brought her to her den — a bole in a bank that she had dug out; that is why she is called the Digger Wasp. The passage was a foot long and had a trook in the middle. At the end was a round room an inch and a half high. Here the Digger left her victim's body and right on its breast, to one side, laid an egg. This hatched in two or three days, and began to feed on the Cicada. In a week it had eaten the Cicada and grown to be a big fat grub. Then it spun a cocoon, and made itself into a bundle-baby, resting all autumn and all winter in that dark den. But when the spring came with its glorious wakening up, great changes came over the bundle-baby of the Digger. It threw off the cocoon and its outer skin, and came forth from the gloom into the sunshine, a big strong Digger Wasp with a sting of its own, and a deadly feud with all screaming Cicadas. Although it never saw its mother, or got any lessons from her, it goes after the buzzing hot- 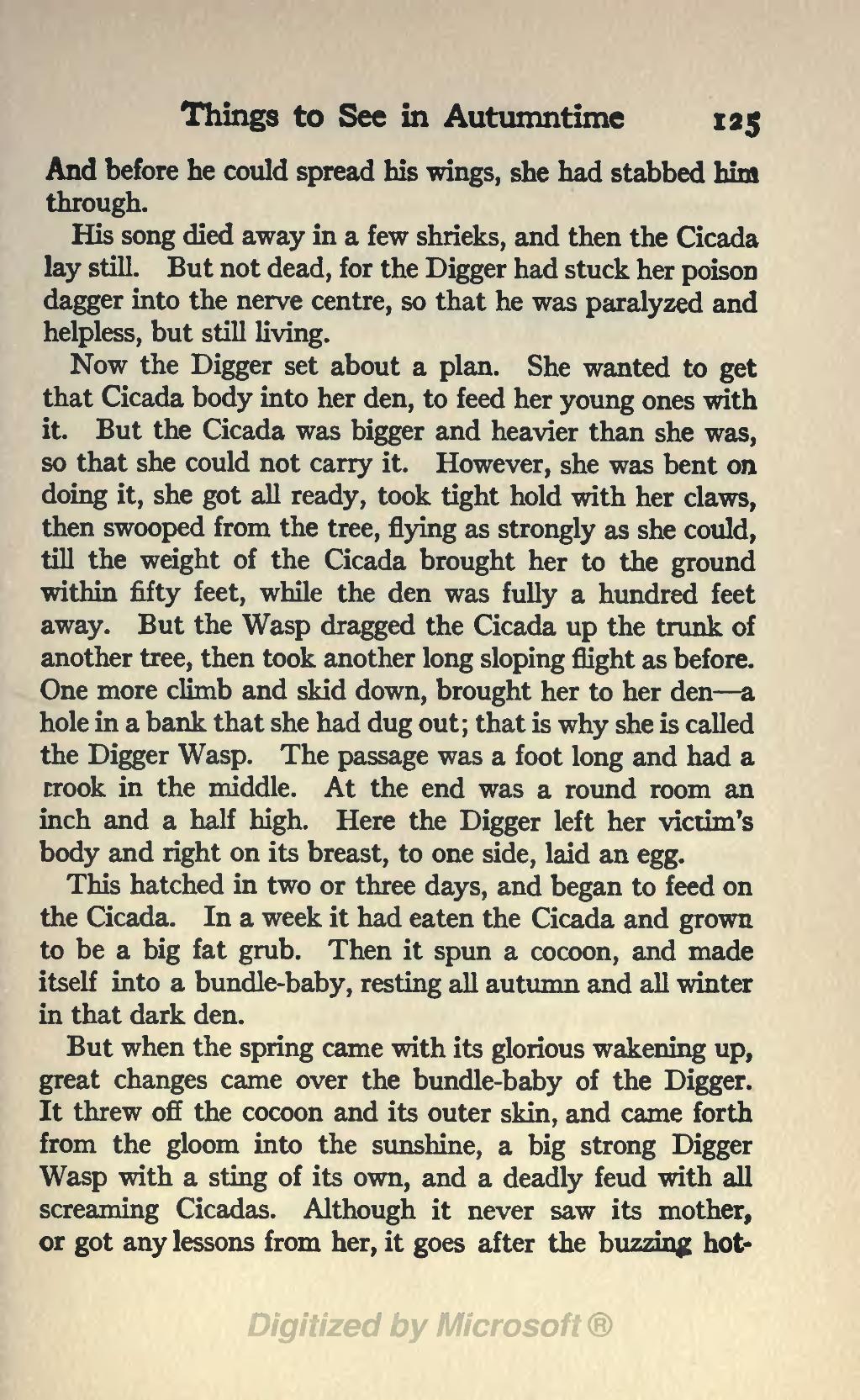