Things to See in Autumntime 119 have seen hung under the roof of the shed, always put where no rain can reach it. In the drawing are two of these nests. Once the cradle is ready, the mother Wasp goes spider- hunting. Whenever she can find a spider, she pounces on it, and with her sting, she stabs it in the body, so as to paralyze it, but not kill it. Then she carries it to the mud cell and packs it in, at the far end. Many spiders are caught and preserved this way, for they do not usually die though they cannot move. When the cell is full, the Wasp lays an egg on the last spider, and seals up the opening with a mud Ud. Very soon the egg hatches out a Uttle white grub which begins on the spider next to him, eating the legs first, and the body last, so as to keep it alive as long as possible, though of course the spider has no feehng. Then he eats the next spider, and the next, growing as he eats, until he nearly fills the cell, and the spiders are all eaten up. Now the grub goes to sleep, and next spring comes out as a full-grown Mud-wasp to do exactly as the mother did, though it never saw that Mother or had a lesson from any one in the many strange things it must do to Uve. I went into my boat-house to-day, November 20, 1919, to get a mud nest for this drawing. There were 86 on the roof; some of them with 20 or 30 cells, and besides there was a lot of paper nests by other Wasps. The nest I took had two cells, one open and empty, and the other with a mud Ud on tight. This held a long, shiny brown transpar- ent case, in which was a white grub much too small for the big coat he was wearing. The grub was sound asleep, and would have come out next spring, as a big steel-blue Mud-wasp had I let him alone. But there are plenty of Mud-wasps so I fed him to the Chicadees, which likely is what Mother Carey would have done. 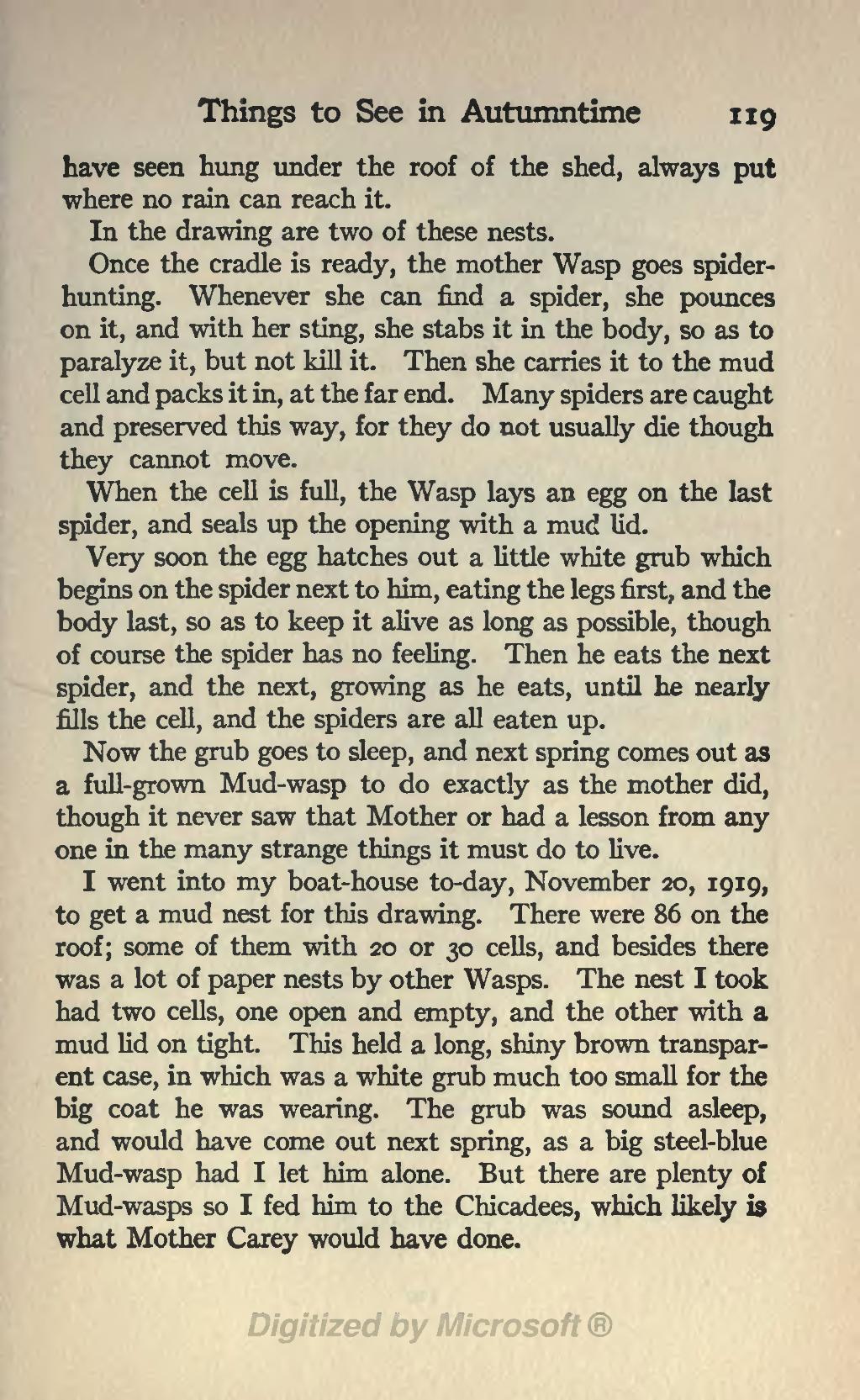