Things to See in Autumntime iii when the cold dry days of autumn come. Third, its curi- ou« golden-thread flowers appear in the fall. As Cracked Jimmy used to sing:- Witch-hazel blossoms in the fall, To cure the chills and fevers all. — Two Little Savages. On November i6, 1919, after a sharp frost, I went out in the morning to get some Witch-hazel flowers for this drawing, and found them blooming away in the cold air, vigorously as ever. Imagine a flower that can bloom while it is freezing. In the drawing I have shown the flower, like a 4-lipped cup with four yellow snakes coil- ing out of it. But these are not the deadly snakes one hears about. They are rather symbols of old ^Esculapius, the famous healer of the long ago, whose emblem was the cup of life with curling snakes of wisdom about it. In the Witch- hazel has been found a soothing balm for many an ache and pain. The Witch-hazel you buy in the drugstores, is made out of the bark of this tree. If you chew one of the little branches you will know it by the taste. Near the top is a flower that is finished, its snakes have fled; and at the top of all is a bud for next year. That is, they are — is, has-been and going-to-be. The nuts are shown in the corner. Note, last of all, that it is a sociable little tree; it always goes with a crowd. There are generally three or four Witch-hazels from one root, and there is always a family of cousins not far away. 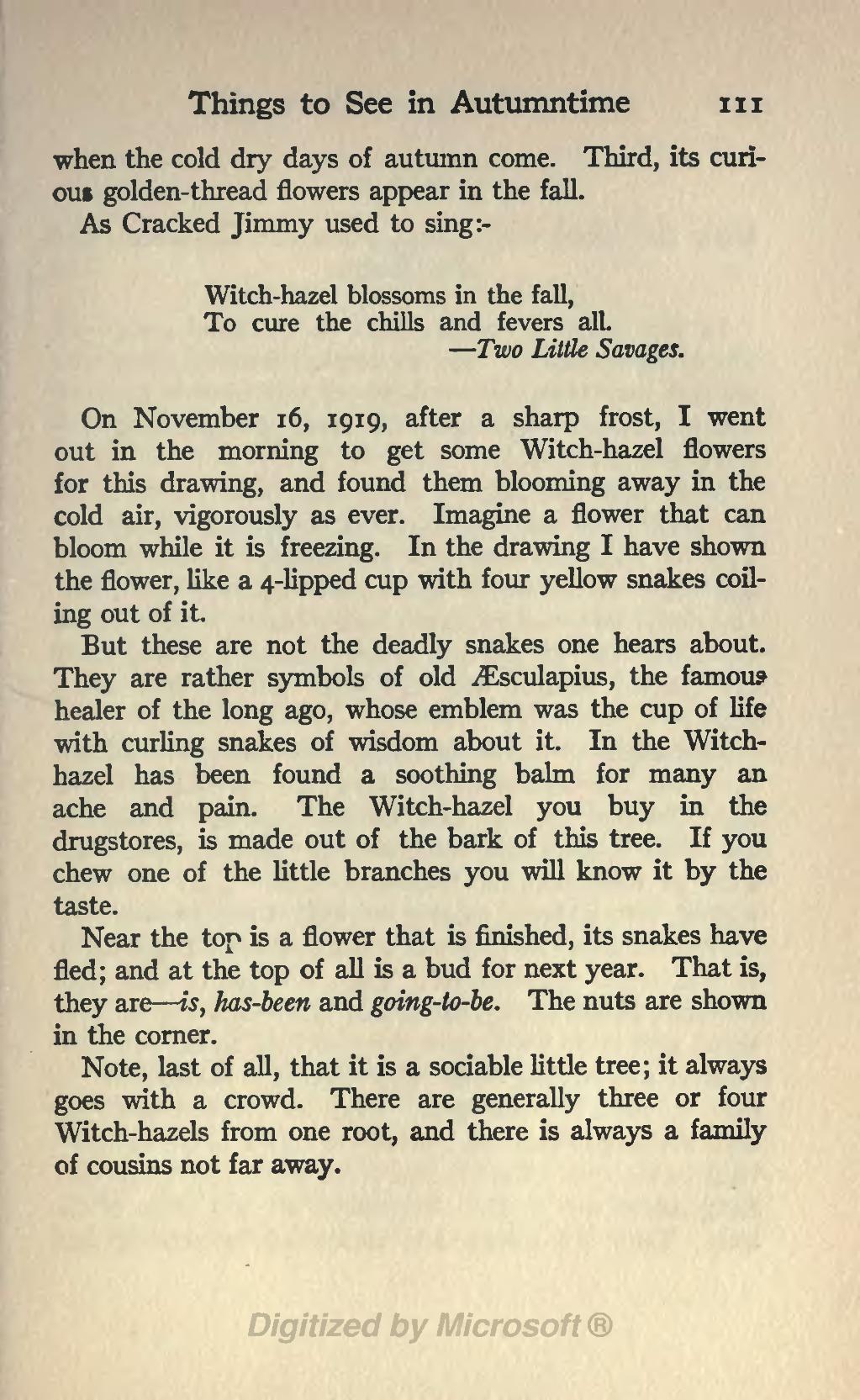