Why the Chicadee Goes Crazy Twice a Year

A long time ago, when it was always summer in our woods, the Chicadees lived merrily with their cousins, and frolicked the whole year round. But one day Mother Carey sent the small birds a warning that they must move to the South, when the leaves fell from the trees, for hard frost and snow were coming, and maybe starvation too.

All the cousins of the Chicadees listened to the warning and got ready to go; but Tomtit, their leader, only laughed and turned a dozen wheels around a twig that served him for a bar.

“Go to the South?” said he. “Not I; I am too happy here; and as for frost and snow, I never saw any, and I don’t believe there are such things.”

Very soon the leaves fell from the trees and the Nut-hatches and the King-wrens were so busy getting ready to go that the Chicadees left off play for a minute, to ask questions. They were not pleased with the answer they got, for the messenger had said that all of them were to take a long, long journey that would last for days, and the little King-wrens had actually to go as far as the Gulf of Mexico. Besides, they were to fly by night, to avoid their enemies, the Hawks, and the weather at this season was sure to be stormy. So the Chicadees said it was all nonsense, and went off, singing and chasing one another through the woods, led by Tomtit singing a new song in which he made fun of the travellers.

Tom Tom Tiddy-Mouse!
Hid away in our house,
Hid his brother in the cellar.
Wasn’t he a silly feller? 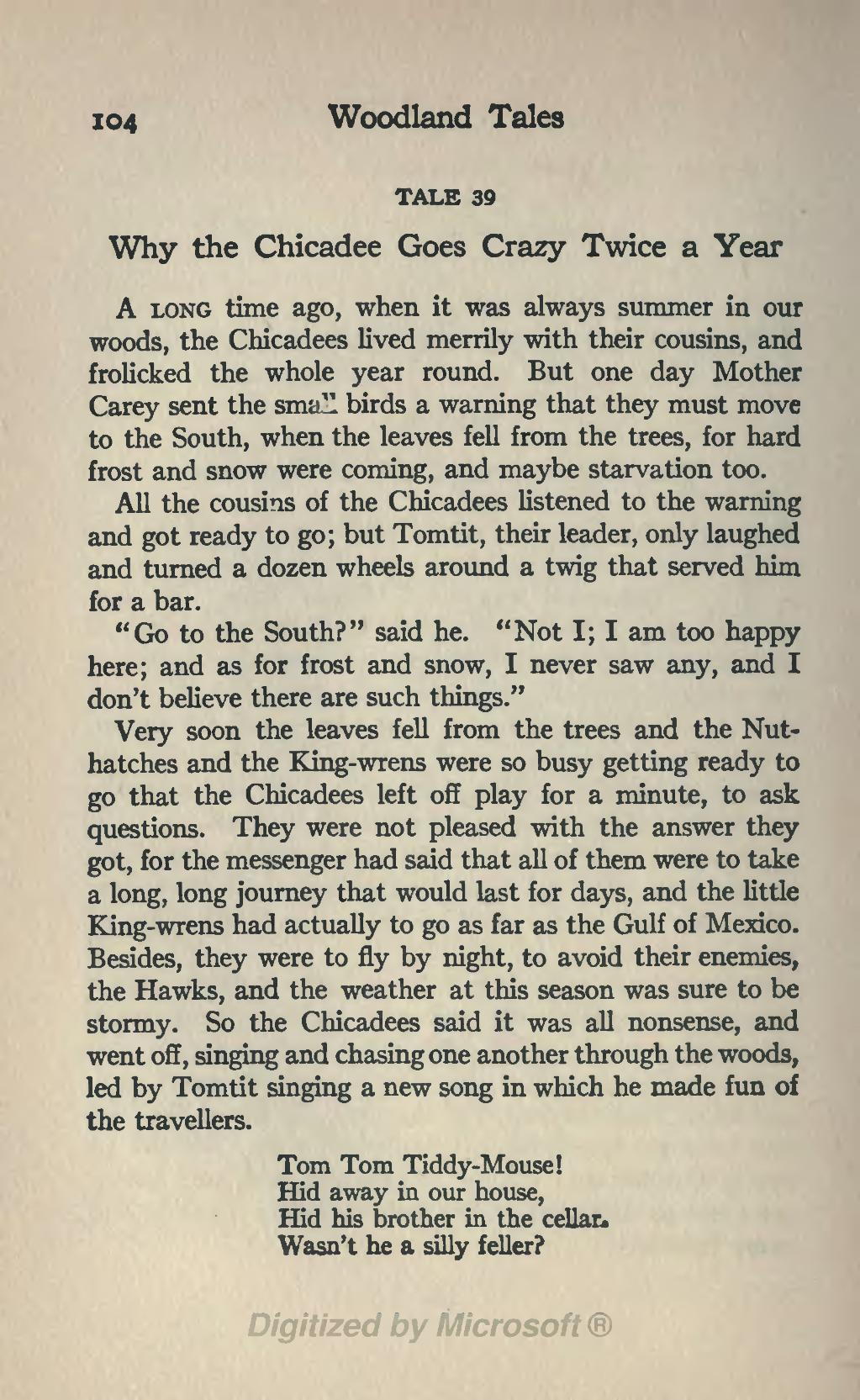