lOo Woodland Tales Fearlessly now he flew to overtake her; for was she not of his own kind? She sped away, very fast at first, but maybe she did not go as fast as she could, for soon he was sailing by her side. At first she turned away a little, but she was not cross or frightened now. She was indeed inclined to play and tease. Then in their own language, he asked her to marry him, and in their own language she said, "yes." Away they flew and flew on their wedding flight, high in the trees in the purple night, glorious in velvet and gold, more happy than these printed words can tell. The wise men who saw them said, "There go the Royal Citheronia and his bride." And Mother Carey smiled as she saw their bliss, and remembered the Hickory Horn- devil. 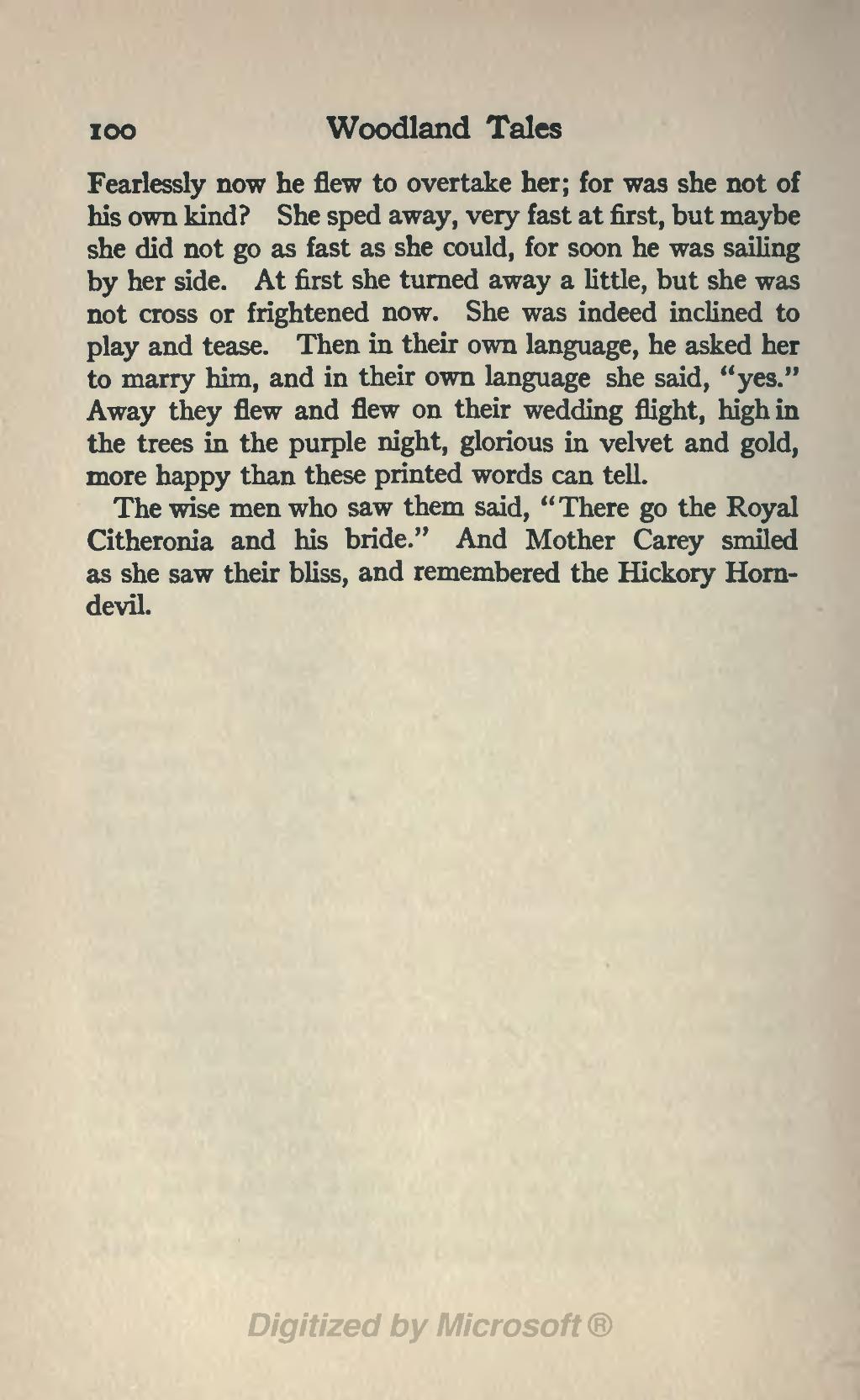