… Brownies did the same thing, in the woods near by. It was a kind of Brownie Fair, and some of the little people used to have stands and sell refreshments. Berries were scarce in the springtime, but the Brownies were very fond of cucumber. So there were always one or two Cucumber Brownies, who set up their little umbrellas, and sold slices of Cucumber to the others.

When it was time to go home, or when the sun got so hot that the cucumbers were likely to spoil, they would bury them in the ground, but leave the umbrella to mark the place. And there they are yet; many a time have I found the umbrella, and dug under it to find the cucumber. It is delicious eating; everything that Brownies like is. You can find it, and try it. It is one of the things that Monapini taught Ruth Pilgrim to eat. (Tale 18).

Of course, the Brownies do not like you to dig up their treasure or good-to-eats, but there are plenty more, far more than they ever need. "Yet what about it," you say, "if the Brownie happens to be there?"

He may be sitting right under the umbrella, but remember the little people are invisible to our eyes. You will not see him; at least I never did.

Hush, whisper! Did you ever meet a Hickory Horn-devil? No! Well I did, and I tell you he is a terror. Look at this picture of him. It is true, only he is not quite so big as that, though he looks as ii he might be. And I was not quite so small as that, only I felt as if I were! And everything about him looked horribly strong, poisonous and ugly. He was a real devil. 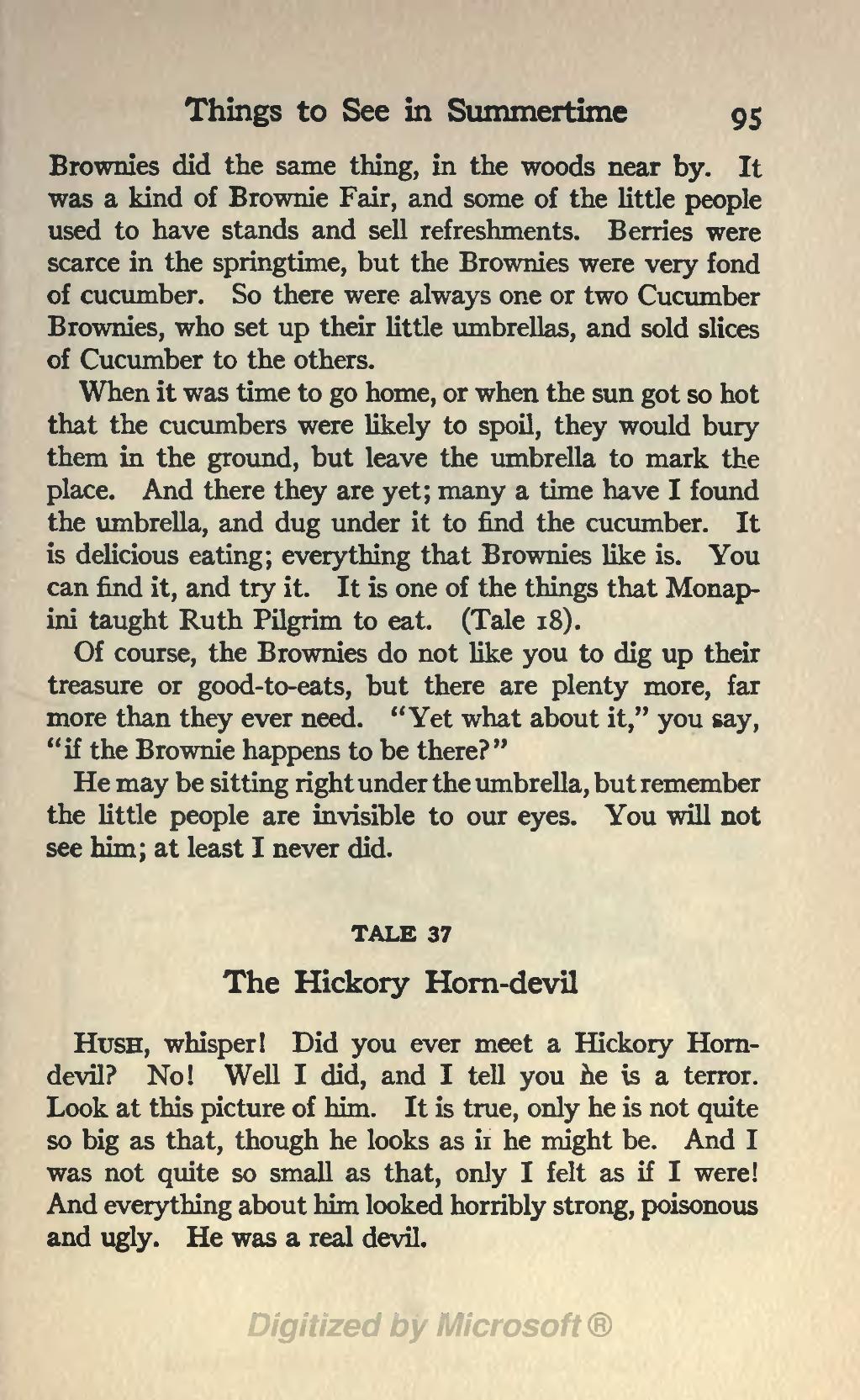