… of holding a council every few minutes to discuss the question, no matter where they were or what else they were doing. So that pretty nearly every part of the woods was in time used for a coimcil ring to discuss the fate of the Rev. John T. Arum.

Of course, you know that no Indian can hold a council without smoking the Peace Pipe, and when the council is over, he empties out the ashes of the pipe. So that when all those councils were over, when the matter was settled, when the missionary was buried, and when the warrior had gone to the ghost land, there came solemnly poking its white bowl and stem from under the leaves an Indian pipe, at the very spot where the Councillors had emptied the ashes. It is a beautifully shaped pipe, with a curved and feathered stem, but it has none of the bright colours of the old Peace Pipe. It cannot have them for this is only a ghost Pipe to show where the council used to be; and one pipe there is for each council held on that spot, so you see how many, many councils the Indians had, before they killed the troublesome preacher. And sometimes you can find a pipe that has the bowl still filled with ghost tobacco or even a little red ghost fire, showing that the warriors had to hurry away before that council was finished. Whenever you find the ghost pipe in the woods, you are sure to see close by either a log, a bank or a rock on which the Councillors sat to talk it over.

The Cucumber Under the Brownie’s Umbrella

The Indians had Brownies, only they called them Pukwudjies, and I am going to tell you a story of an Indian Brownie.

Whenever the Indians got together for a council, the ..text continues 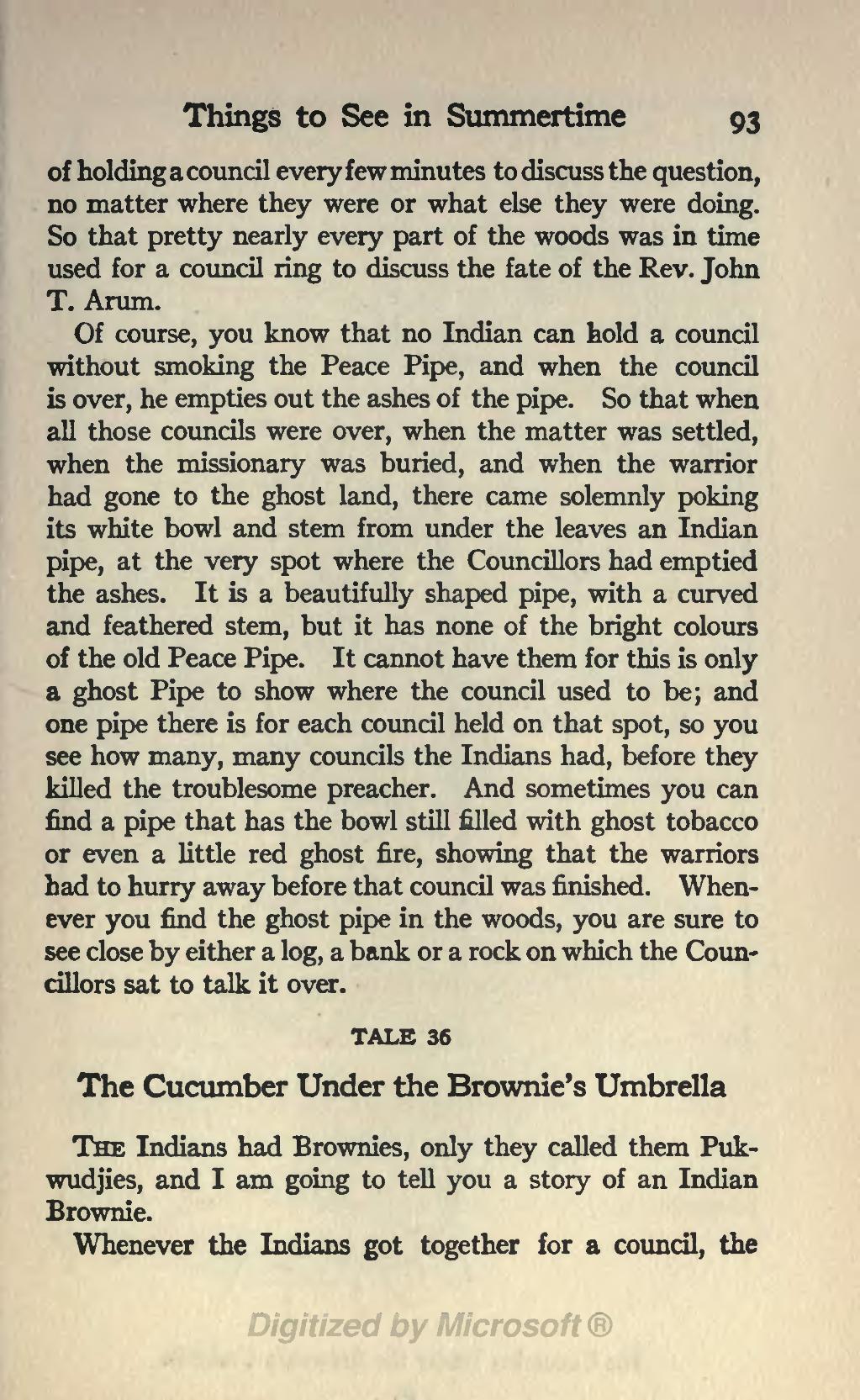