On the third year if all had the full number of seed, and all the seed grew into plants, there would be enough to go more than twice round the world. No wonder it has spread all over the country.

Once upon a time there was a missionary named the Rev. John T. Arum, who set out to preach to the Indians. He had a good heart but a bitter, biting tongue. He had no respect for the laws of the Indians, so they killed him, and buried him in the woods. But out of his grave came a new and wonderful plant, shaped like a pulpit, and right in the middle of it, as usual, was the Reverend Jack hard at it, preaching away.

If you dig down under the pulpit you will find the preacher’s body, or his heart, in the form of a round root. Taste it and you will beheve that the preacher had a terribly biting tongue, but treat it properly, that is boil it, and you will find out that after all he had a good little heart inside. Even the Indians have discovered his good qualities and have become very fond of him.

How the Indian Pipe Came

In the last tale you learned the fate of the Rev. John T. Arum, and the origin of Jack-in-the-Pulpit. But you must not suppose for a moment that the Indians decided in a hurry to kill the missionary. No, they had too much sense of fair play for that. They held a great many councils first to find some way of curbing his tongue, and making him mind his own business. In fact, they got into the habit ..text continues 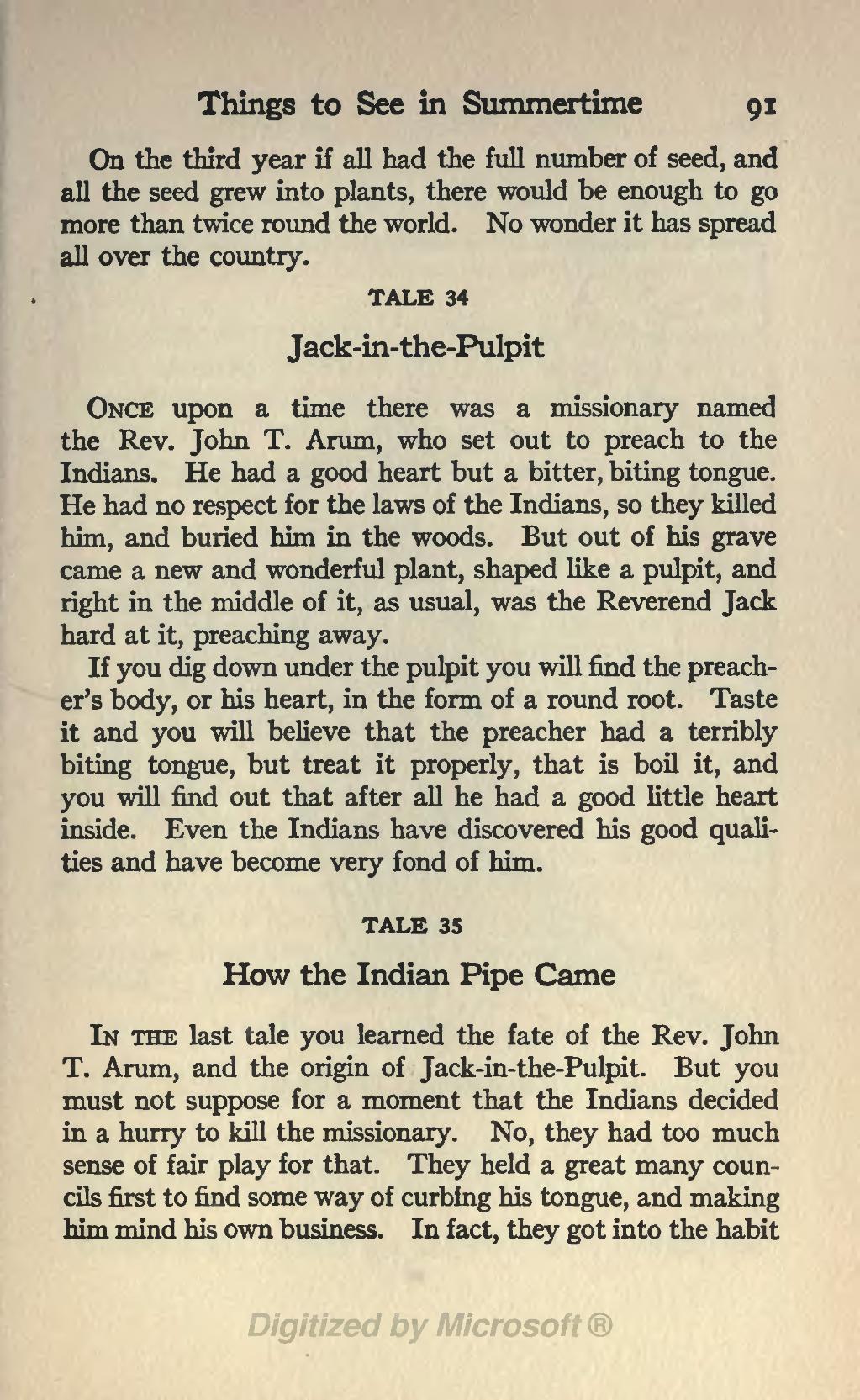