Hot and dry and listless the Snake; dusty and hot was the Redtail.

A day and a week, and the air grew hotter and deadlier — fiercer than heat in the sweat-lodge; and muffled was every face, like the dead, in blankets — invisible blankets.

Instead of a sky was a coppery bowl, that fitted tight down at the world-rim.

The song of the birds had faded and died; there was no sound in the branches.

There was no song but the hot-weather bug, that chirrred as he added his torment.

“Better far was the onset of Peboan, for he gave a warning. Better, for we could escape to the south, but now we are buried and helpless.”

Baked in their shells were the unhatched birds; roasted the feet of the downlings; and when, in the morning, the ..text continues 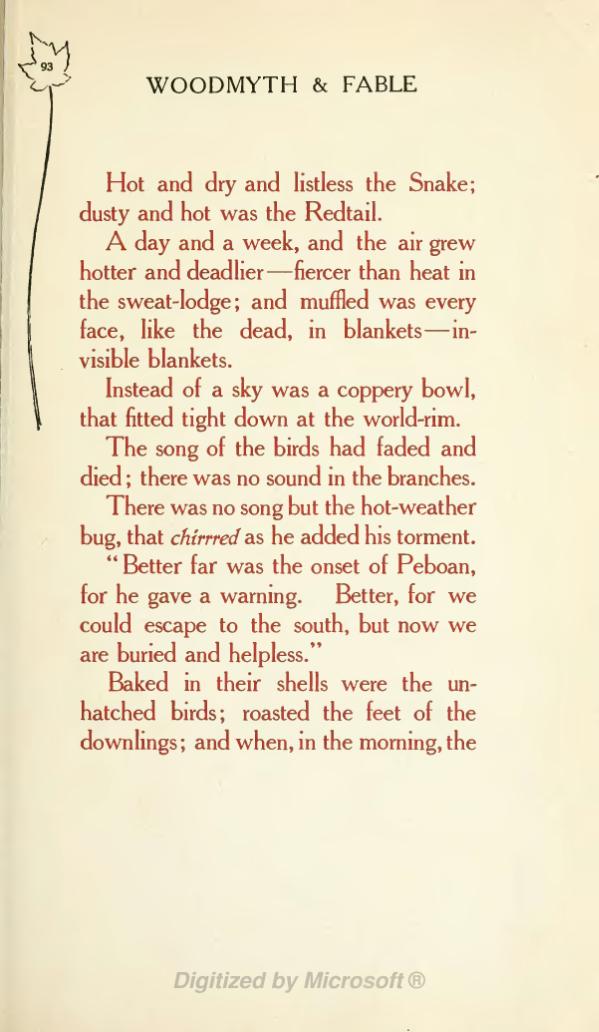