snow-drifts weep, and their tears in a thousand rills run down, melting the snow and sawing the ice as they trickle on Chaska-water.

Open the stretches of water now; Gulls and Terns and Ducks are there, Divers and Butterflies, Midges and Gnats, singing and shouting, even while silent — “Coming, coming, coming!”

But loudest of all is the calm, clear sky of warmest blue, with a golden sun, a golden ball in the great over-bowl,

“Coming, coming, coming!” It booms in silence, and still looks down, and all is expectant — awaiting.

“Coming, coming!” And the myriad heralds’ cries have melted and softened to a world-wide gentle murmur, almost a hush — the hush in the pageant that follows the heralds’ announcement.

It came at last: not from the south or ..text continues 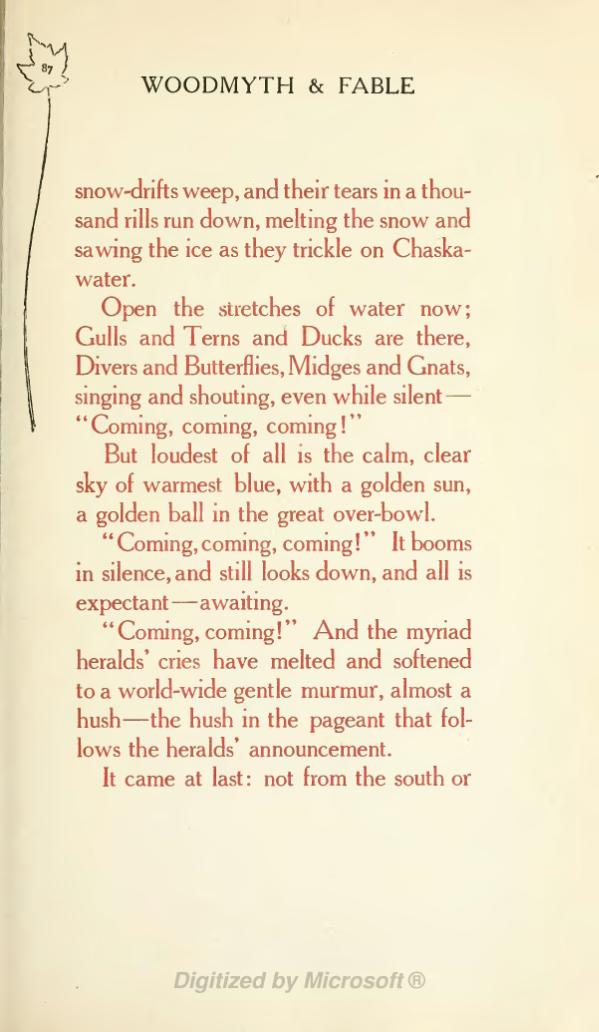