little Phœbes singing happily in the trees by the Lake of Wyndygoul.

But the Blue Jay came around again two days later, and he called only at the rock nest. He looked out of his right eye, and then out of his left. Yes, there were four eggs in it now. “I know when a nest is ripe”, said he, and he swallowed them all and tore down the nest. Then the little Wise Phœbe came and saw it, and was so heart-broken with sorrow that he tumbled into the lake and was drowned.

Next morning there was only one little Phœbe that merrily sang in the trees by the Lake of Wyndygoul.

But the Very Wisest Phœbe began to say to himself: “I made a mistake. I built too high up. My nest was all right, it was perfect, but a little too high.”

So he began a new nest low down, close to the water, under the same black root, ..text continues 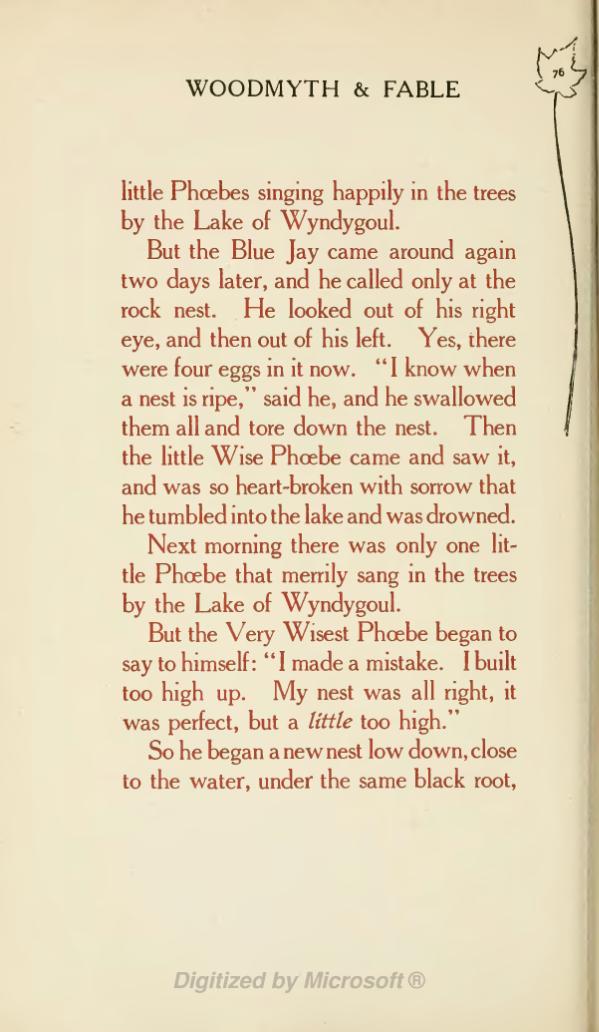