But Gitch-e O-kok-o-hoo was nettled at hearing his song called a “twitter”, and he said: “Niagara, Niagara! I'm sick of hearing about Niagara. I will go and silence Niagara for always.” So he flew to Niagara, and the Blue Jay snickered and followed to see the fun.

When they came to Niagara where it thundered down, the Gitch-e O-kok-o-hoo began bawling to drown the noise of it, but could not make himself heard. 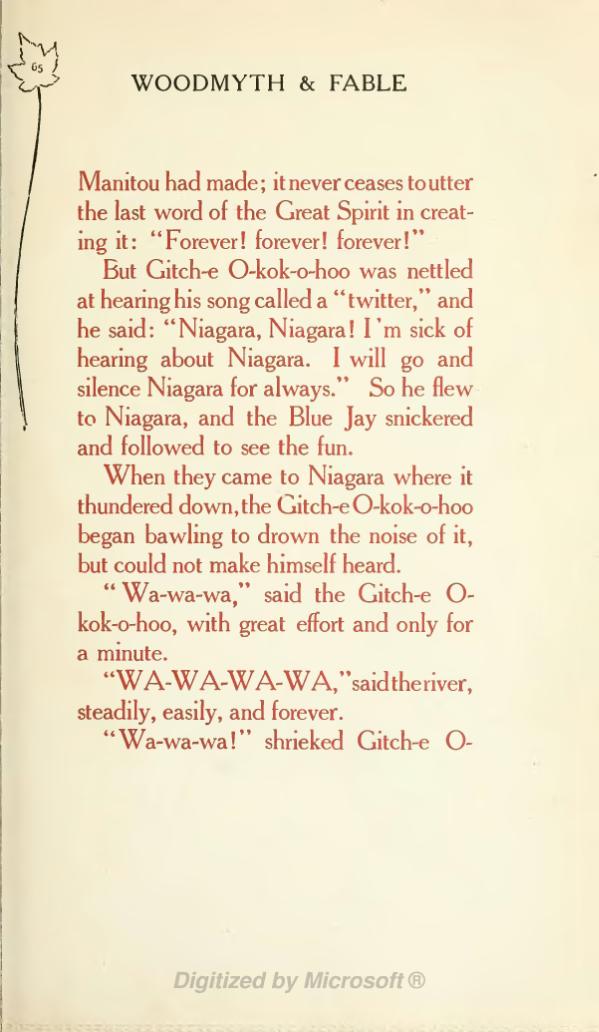