rooined New York, an’ I don’t propose to hev our town rooined at the start.

“Now I say no man hez any right to live on the public. ‘Live an’ let live’, says I; an’ if we let one man run this yer store, it ’s tantamount to makin’ the others the slaves of a monopoly. Every man hez as much right as another to sell goods, an’ there is only one fair way to do it, an’ that is give all a chance; an’ sence it falls to me to make a suggestion, I says, let Bill Jones thar sell the tea; let Ike Yates hev the sugar; Smithers kin handle the salt; Deacon Blight seems naturally adapted for the vinegar; and the other claims kin be considered later. I ’ll take the post-office meself down to my own farm. Now that ’s fair to all.”

There was no flaw in the logic; it was most convincing. Those who would fight ..text continues 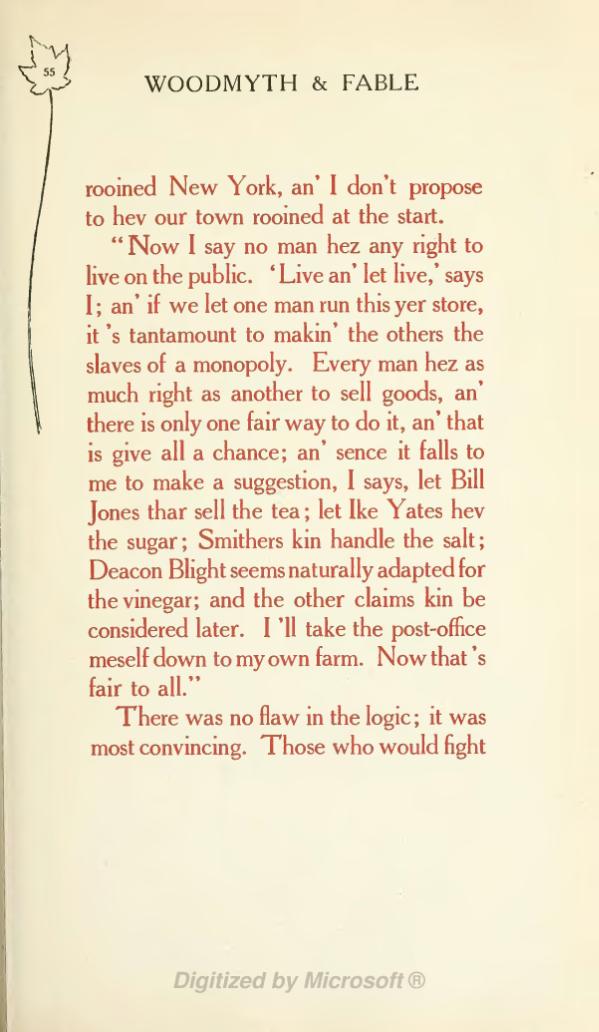