A certain good man loved things old because they were quaint. He said he would gladly give up locomotives and printing-presses to have “the” spelled “ye”, as of old. It gave him a spasm of joy to see a building called a “bvilding”, and he was filled with gloats whenever he could get a newspaper to spell “gospel” as “gofpel”, or “honor” as “honoure” — it was “so qvaint, so Shakespearian!”

A friend, who was making a fortune boiling soap by day, and spending it in gathering a library by night, took him to task one day, thus: “There was a time in the evolution of the alphabet when u and v, d and t, p and b, w and v, etc., were imperfectly ..text continues 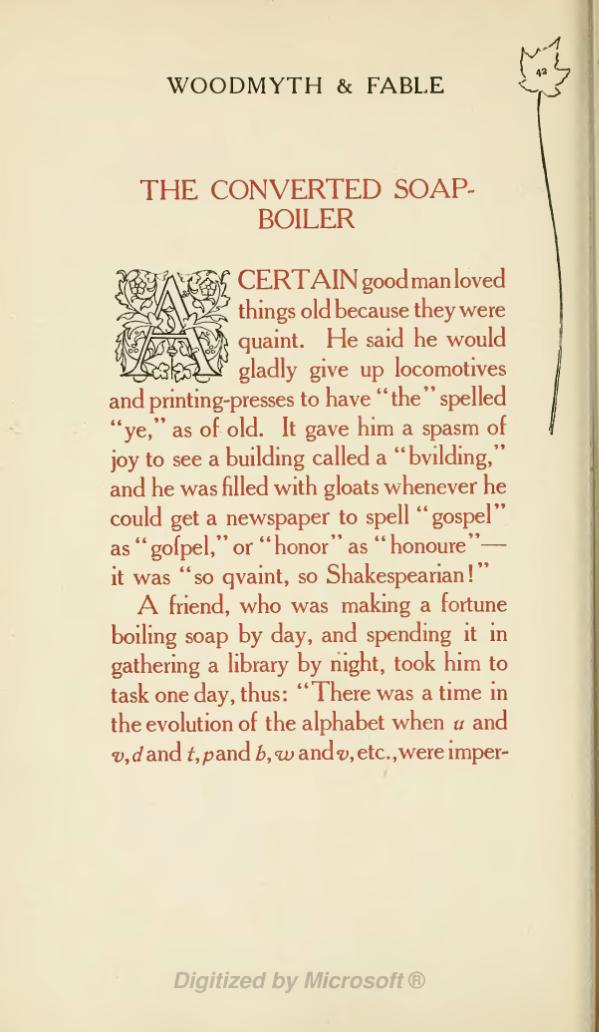