different ways. He took the trail of the largest and followed for a long way, but not coming up with it, he said: “That one is evidently traveling. I should have taken one of the others.”

So he went back to the place where he first found it, and took up the trail of another. After a hunt of over an hour in which he failed to get a shot, he said: “I have followed another traveler. I 'll go back and take up the trail of one that is feeding.”

But again, after a short pursuit, he gave up that one to go back and try another that seemed more promising. Thus he spent a whole day trying each of the trails for a short time, and at night came back to camp with nothing, to find that Chatun, though his inferior in all other ..text continues 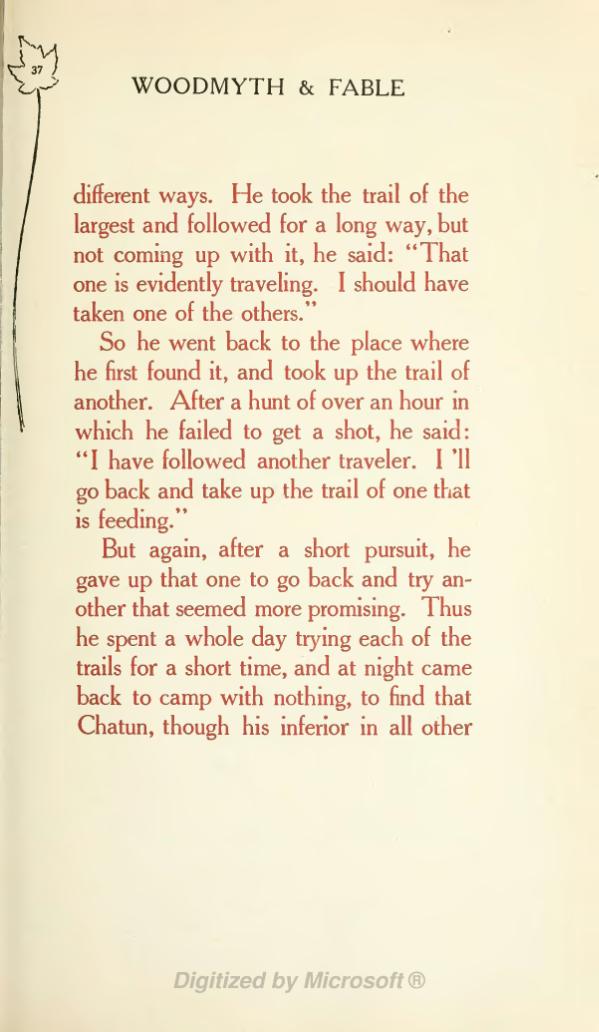