In this was his power — in this and in his tireless feet.

The second great Lord was Mus-wa, of mighty strength and great stature. None could equal him. When he went to war, he brandished four war-clubs and a hundred spears that always returned to his hand after throwing. His voice was like the rending of ice in the Hunger Moon. He was swiftest of them all and strongest of them all, and in his great strength he put all his trust.

There was yet another, a little Lord in ..text continues 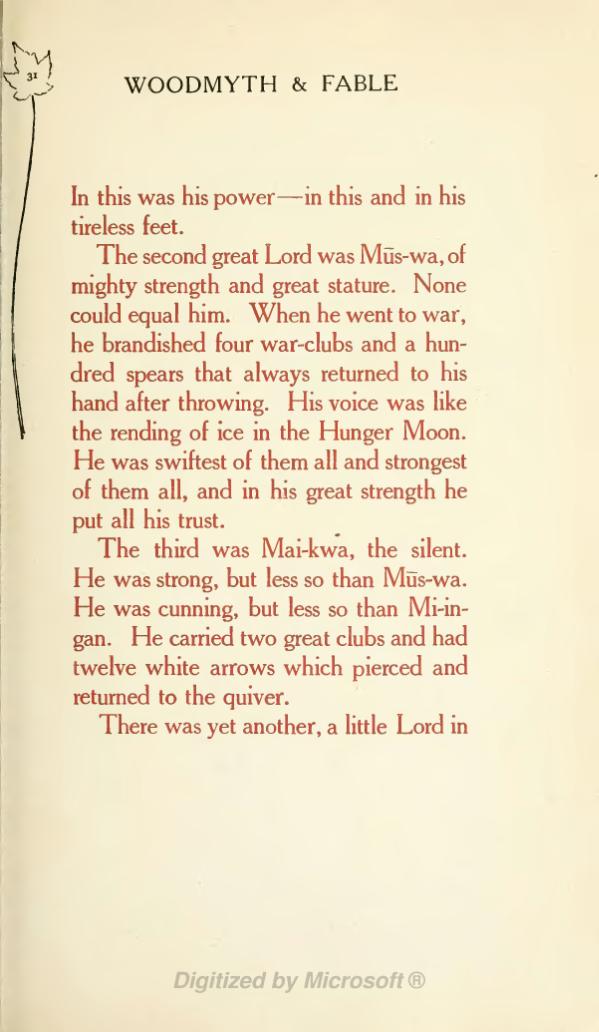