THREE LORDS AND A LITTLE LORD

There were three Lords and a little Lord in the forest where Manitou made them.

The first was Mi-in-gan. He was swift as the spotted Redfin and tireless as the Kamanistiquia where it leaps from Kaka- beka Rock to the boiling gorge of the Gitche Nanka. His voice was like the moan of a far looming whirlwind — not loud nor rough, but soft, and yet with a tone to freeze the stoutest heart. His weapons were twenty-four white arrows that pierced the foe, then leaped back again to their quiver; and his cunning was like that of the Wa-wa of many snows. ..text continues 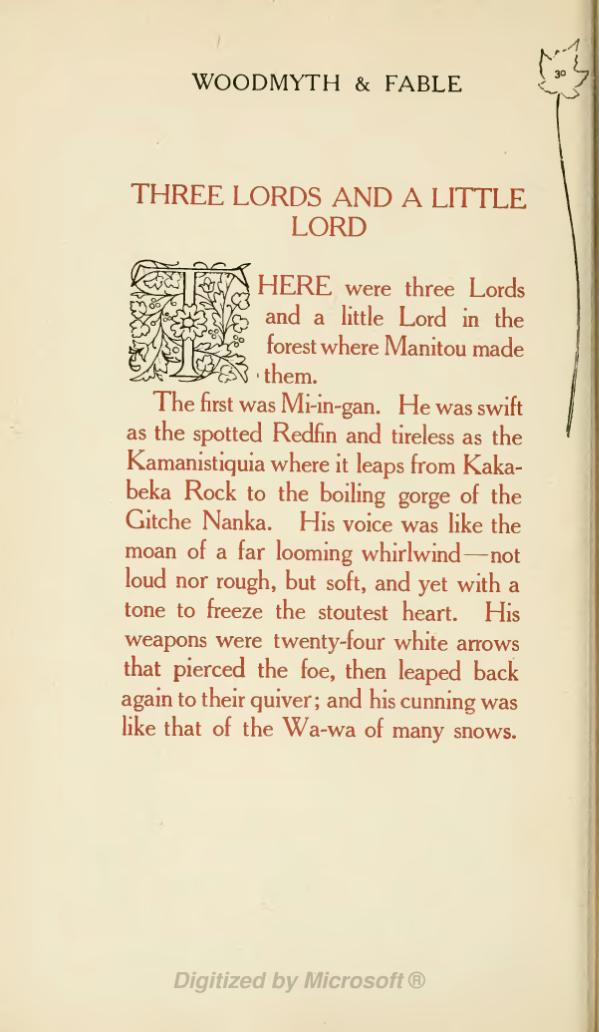