… that tames him when he outrages the bounds. If I only could find the Bugaboo of the Gulper!’

“So he sought and sought and sought; then he came to the country whence they had brought the Gulper, and there he found the Gulper’s Bugaboo. It was nothing but an ordinary monoculous Angletail. It was a slim yellow thingwith very short legs, one immense red eye at each end of its body, and a long thin tail that grew out of the middle of its back and was carried stiffly raised and pointing behind. The Angletail could go backward or forward equally well, but one could always tell beforehand which way it was going, because the tail would switch over and point backward, and the eye at the end which now became the rear would lose its light and would go sleepy, while ..text continues 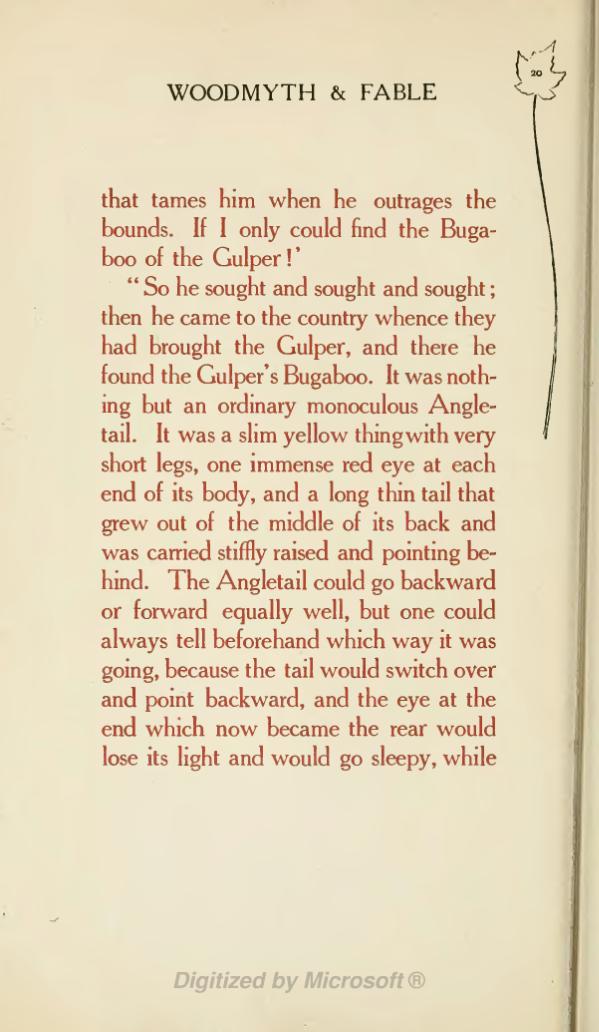