… though they were nothing. Large numbers were bred, and soon each community had at least one. Before long, however, the new beasts developed an unpleasant nature. Their original meekness began to disappear. They became surly, then dangerous; at last they had to be pampered and pacified on all occasions. They still did a great deal of the heaviest work, but became so tyrannical and outrageous in their demands that each community was reduced to a state of slavery, and its monster terrorized all and owned everything, quickly destroying those who resisted him. There was never a more downtrodden people. Things were as bad as possible, when a naturalist, one day, as he walked in the woods and pondered this terrible condition, said:

“‘In my world every beast has his foe ..text continues 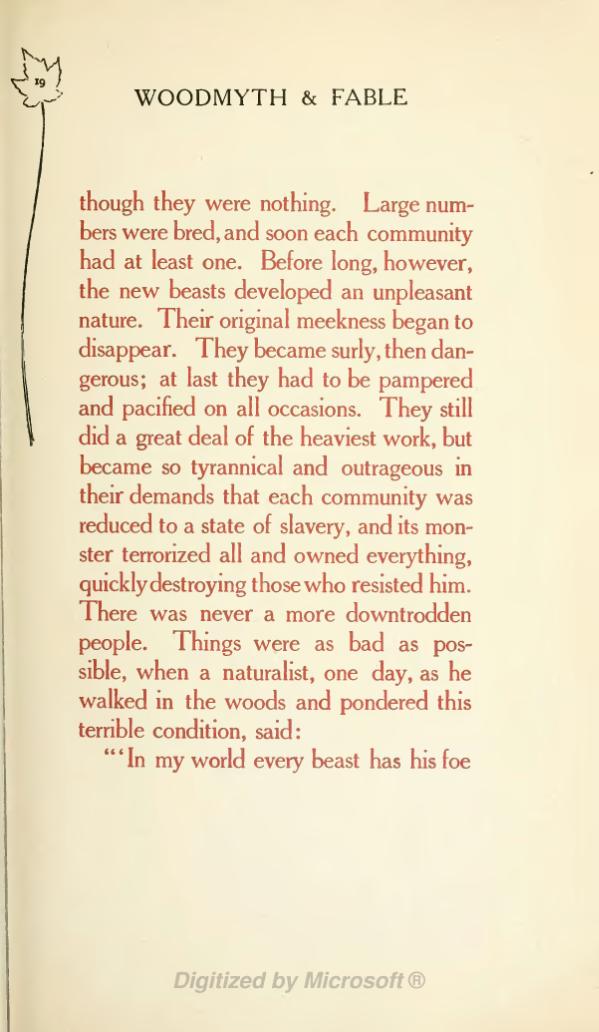