A party of Northern explorers were lost and dying of cold, when they came on an Indian camp-ground that had been abandoned shortly before. These Indians had scattered the remaining brands of their fire. Each shivering explorer now sat down to warm himself at the particular brand he had secured, because they were of the true faith — they believed in the individual and in decentralization. But in spite of their shivering efforts the brands were dying and the men likely to do the same, when one man who had not been trained in any school of political economy, but was willing to stand by results, persuaded them to pile all their brands in one spot. The result was a ..text continues 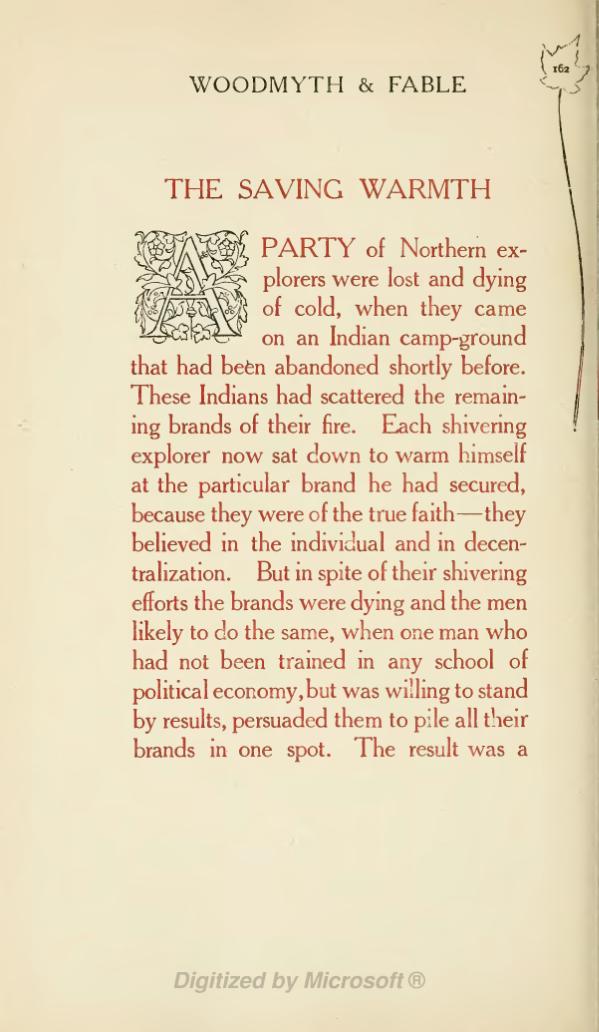