Through the pine woods of Keewaydin,
Over the snows of Shebandowan,
The Wendigo roams in the winter’s frost
And pursues to destruction the hunter.
Yet no man can meet with the Wendigo,
No man can face him or see him;
Only his track in the snow is seen.
And lost is the hunter that sees it.
For, early or late, ere the change of the moon,
His place in the wigwam is empty,
And none ever knows where he goeth,
Only this — that he had the weird warning.
The huge human track in the deep-lying snow
Leading on when the pathway was hidden;
And this — that his wigwam is empty.
But no man will speak of the demon;
The heart that ne’er quailed on the war-path
Turns to stone at the name of the Wendigo. 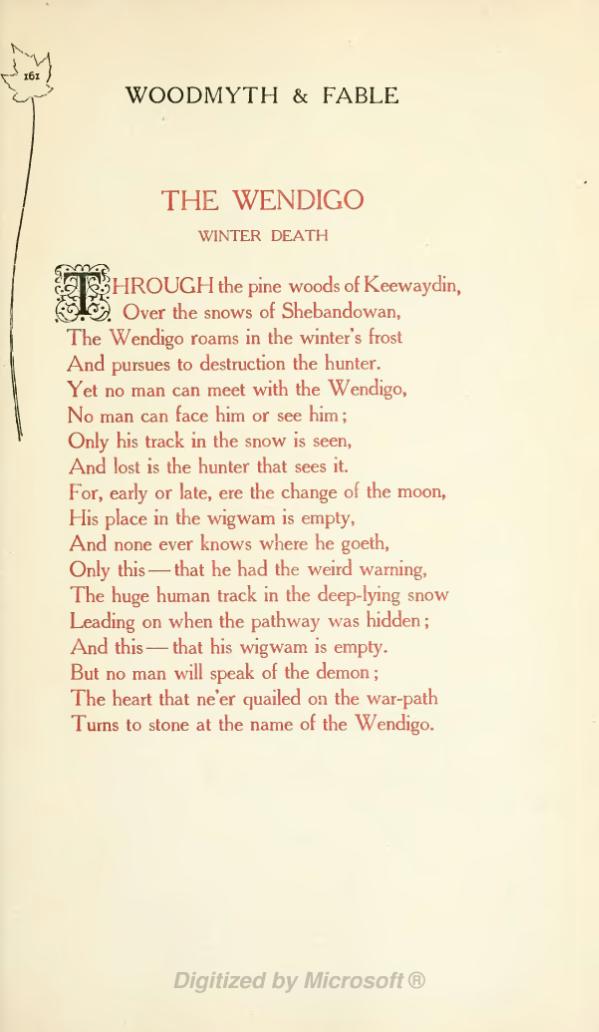