The Skunk is a beast that hath neither strength nor speed for his safety, but a most devilish smell, so that no creature will wittingly imperil himself with the Skunk, and he, knowing the same, feareth nothing and fleeth from none. Thus it came about that the Skunk, being on the track in the forefront of the expressengine, fled not, but trusted in his great strength, and thenceforth No. 4 was known throughout all that country.

Now it so fell out that the hireling at the station received word of No. 14 approaching, which also should be switched, and he so ordered it. And while he yet tarried, there arose a great west wind, and ..text continues 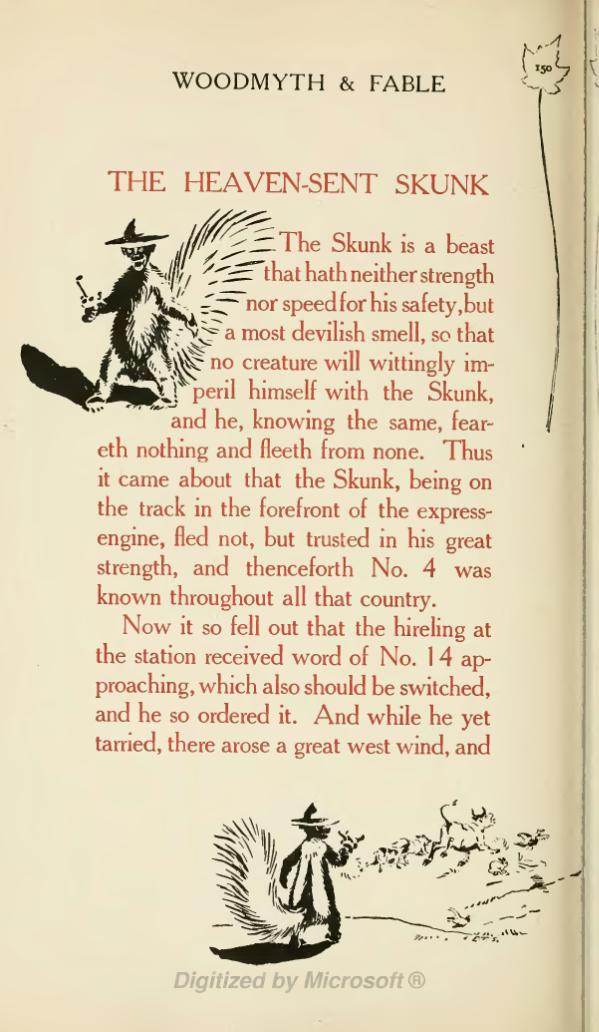