marsh to the eastward, and she now turned and led her troop to that. Each day they came to the feeding-ground along their first discovered trail, until it was worn deeply.

Time went by. A wet season made the upland marsh a brimming lake. It would have overflowed to the westward, for this was its lower side, but the deepworn trail of the Dinosaurs offered an outlet that enlarged with the yearly rains faster than the slowly rising lands could tilt the other way; and so it became a stream.

Ages went by. The great upheaval went on. The Rocky Mountains arose. The former trail was now a crooked river flowing eastward, growing larger, carrying into the shallow sea millions of tons of clay, till that shallow sea became ..text continues 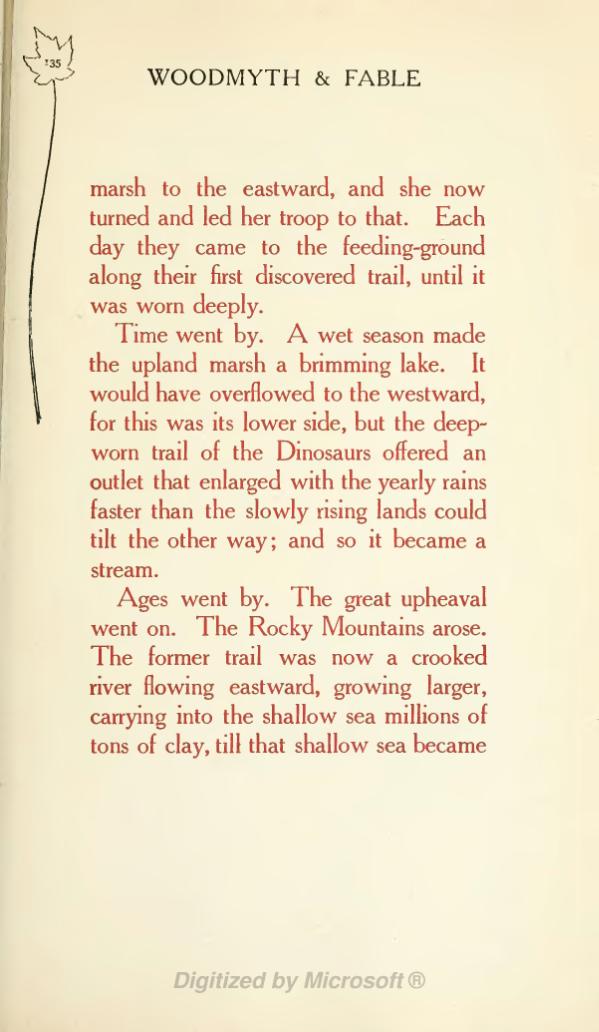