THE GRASSHOPPER THAT MADE THE MISSIMO VALLEY

The vast low Jurassic Island had been raised above the level of the sea, where now the great continent stands. A Matriarchal Dinosaur was leading her ponderous troop in single file across the upheaved marshy plain. A dry season had blighted the lower pastures and forced them to travel, and as she was about to turn northerly, a Jurassic Grasshopper said Bizz! under her nose. The insect is quite harmless, but it protects itself by imitating the fearful bizz of the ancestral Rattlesnake. The old Dinosaur wheeled to one side and raised her head. Her little twinkling eyes fell on a rank green ..text continues 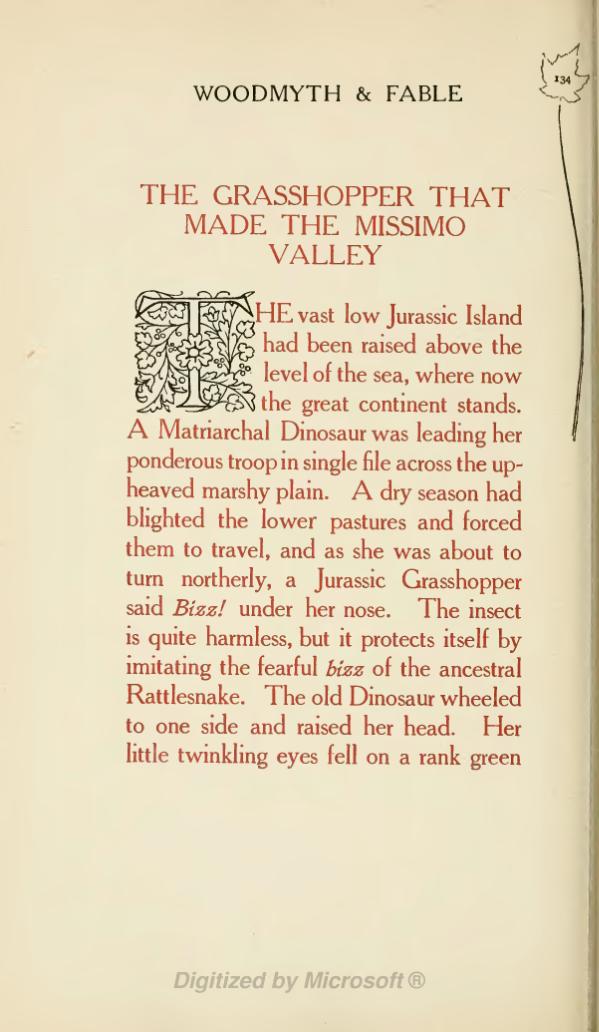