28 ENTERTAINMENT Take a speaking part in some public, dramatic entertain- ment, speaking at least 40 words..... S-33 Know and tell two Indian legends. They need not be told at the same meeting, but must be passed upon by the Coun- cil and approved by the Guide..... 5-34 Recite well from memory, before the Tribe, two standard poems of at least 20 lines each or one poem of 40 lines RE S-35 Sing solo, from memory, some song containing at least two stanzas approved by the Guide..... S-36 Sing and teach the Tribe at least three singing games RE S-37 Dance correctly three folk dances, not necessariły solo RE S-38 Write or tell a story using 25 Indian signs or symbols and explain all symbols..... S-39 Dance one authentic Indian dance, not necessariły solo Take leader's part satisfactorily in a group dance..... S-41 Train a group to present well a pantomime based on a myth, fable or short story. . .$-42 Read an acceptable book, suitable for your age, and make a brief review before the tribe, either written (not less than 300 words ) or oral (no less than three minutes)..... 5-43 Take an individual speaking part in some dramatic enter- tainment, speaking at least 40 words..... S-44 Give a musical recital on any approved instrument before the tribe..... 5-45 Appear as a participant on any radio or TV show..... S-46 Participate in a public program as a Woodecrafter in uni- form (PTA, school functions, etc.)..... S-47 MISCELLANEOUS Read a book by Ernest Thompson Seton and make a book report of at least 100 words on an interesting chapter or short story from the book..... S-48 Write at least three new articles that are accepted for publication by your locał paper, church or school paper Know the Indian name and symbol for each month of the year..... S-50 Know the Sioux and Zuni Call to Council perfectly. . .S-51 Know and sing the Omaha Tribal Prayer, and recite English translation..... 5-52 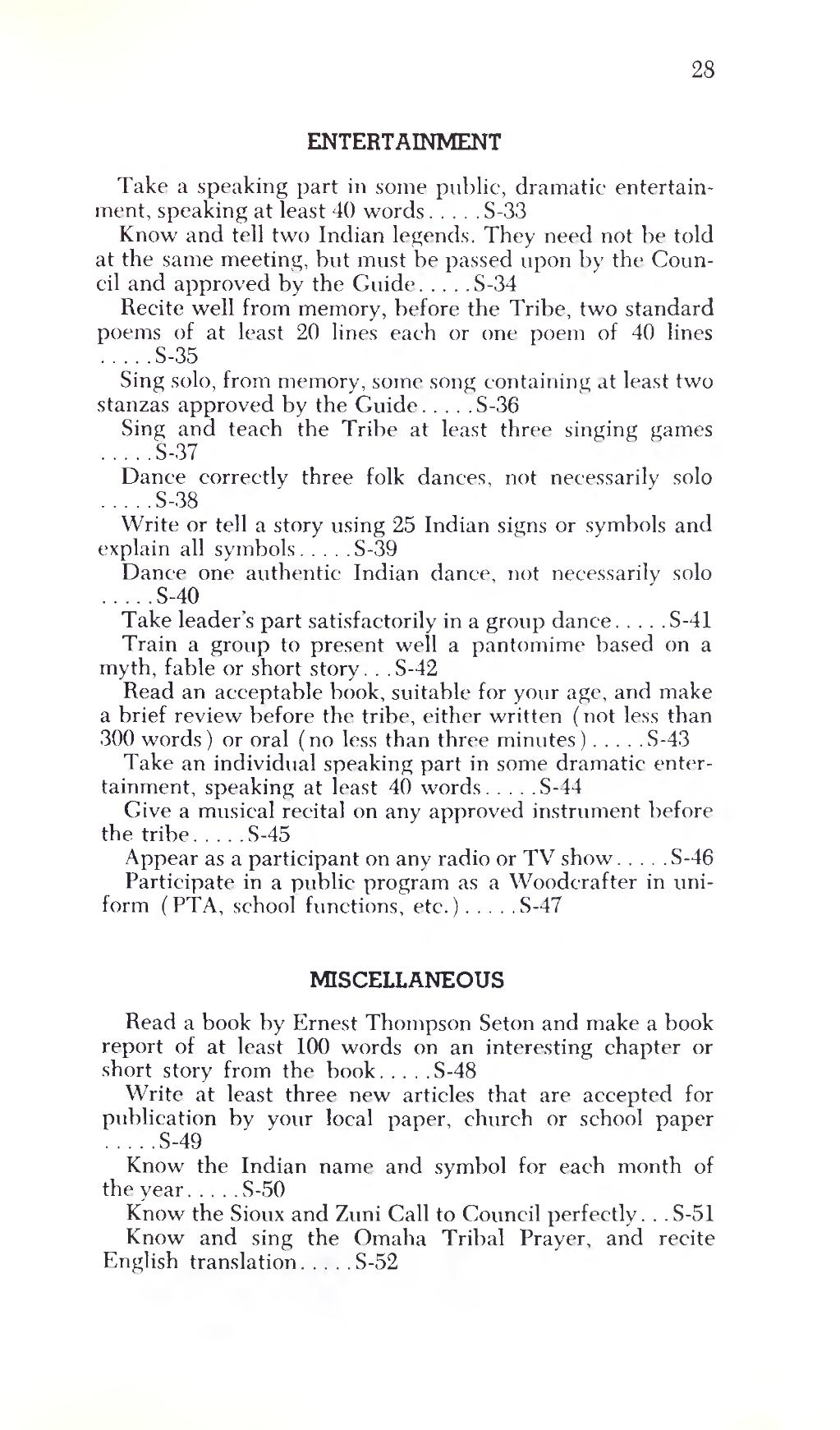