18 ASTRONOMY Explain why the moon has phases and name them... .T-61 Tell what meteors are, when the two annual meteor show- ers occur, and make a count of meteors for one hour for one night during an annual meteor shower..... T-62 Name the nine planets, in their proper order from the sun..... T-63 Locate three planets in the sky and point them out to the Tribe..... T-64 Explain and demonstrate to the Tribe what causes the eclipse of the moon and sun, and why we have seasons aaa T-65 Identify and describe four different kinds of clouds, and tell what kind of weather they indicate..... 'T-66 Konw and point out to the Tribe five constellations. . . T-67 GEOLOGY Collect, identify and mount 10 rocks or minerals. .... T-68 Take a photograph of any two of the following and explain to your Tribe what, where and how it was formed: land- slide, wind erosion, water erosion, sand dunes, lava bed, natural cave, island, waterfall, granite outcrop, sedimentary deposit, fault line..... T-69 Collect, mount and identify three semi-precious gems a T-70 Collect, mount and identify a fossil..... T-71 What is the difference between a stalactite and a stalag- mite? Tell how each is formed..... T-72 MISCELLANEOUS Make a nature scrapbook of pictures containing five dif- ferent species of each of the following: birds, reptiles, mam- mals, amphibians and fish, properly łabeled and classified saaaa T-73 Explore a stream, pond, lake or seashore and make a list of ten different living things you find..... T-74 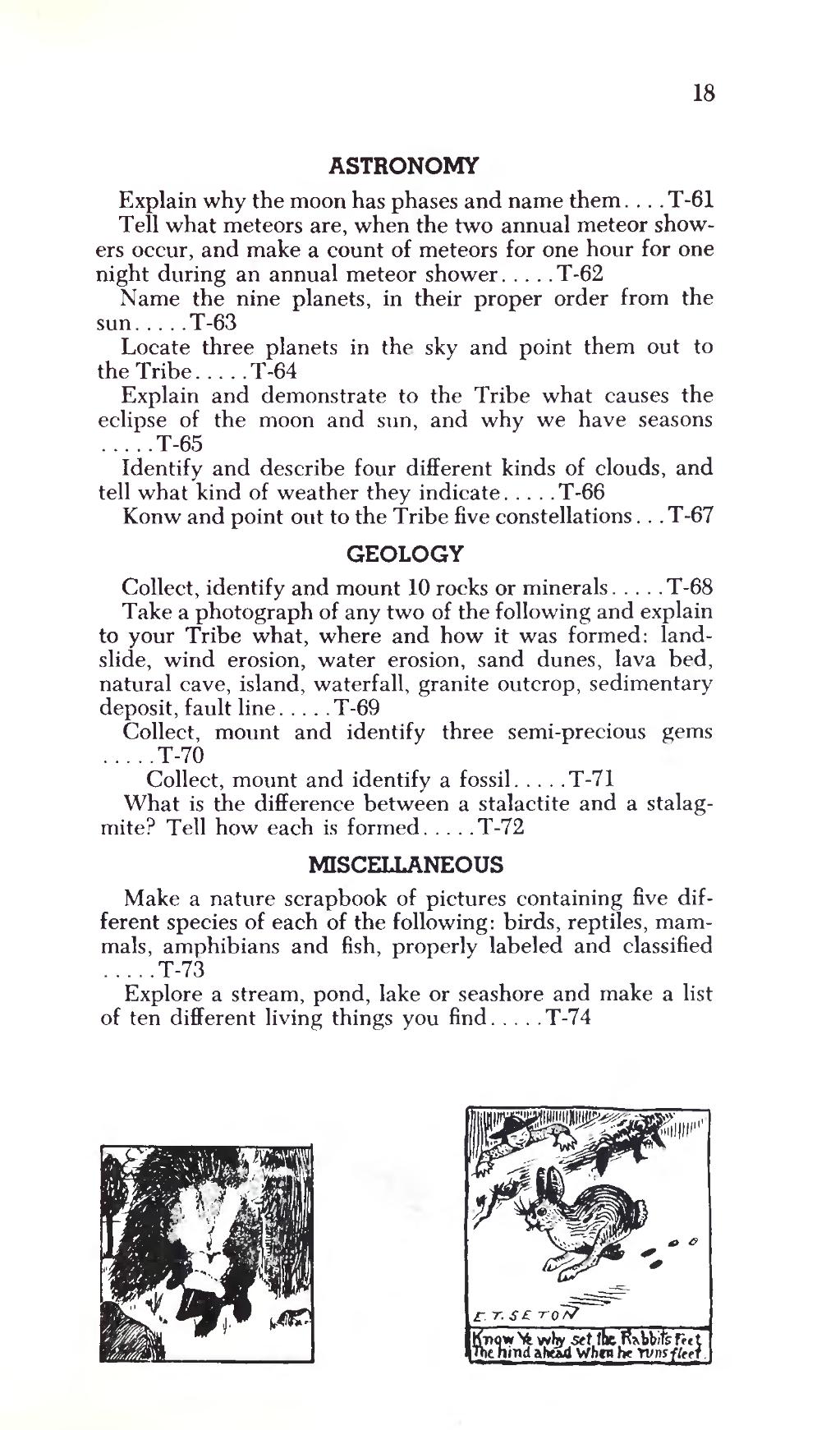