Make an airplane ﬂying model that will ﬂy 200 feet, with a wing-spread of 24 to 48 inches, either mono or bi- plane type; rubber-band motor only. Make a model plane that will ﬂy 100 feet with a motor other than rubber-band. Either for coup; both for grand coup. (These must take off from the ground, and, after ﬂying the distance, must land in good form.) II Draw plans for the construction of an airplane, ap- proved by competent authority. Use these plans, or have some other member use them, to construct a plane, the ﬁnished plane to ﬂy 200 feet. Either for coup; both for grand coup. III Construct a model parachute, at least 2 feet across, of china silk, with cover of muslin or light canvas, and having all the main features of a commercial chute. Make a ﬂy— ing stick that will ﬂy 200 feet. Either for coup; both for grand coup. Same for models with motors, grand coup. III Know and give the distinctive features of three different types of airplane motors, for coup. Hold a license as pilot, for grand coup. III 96 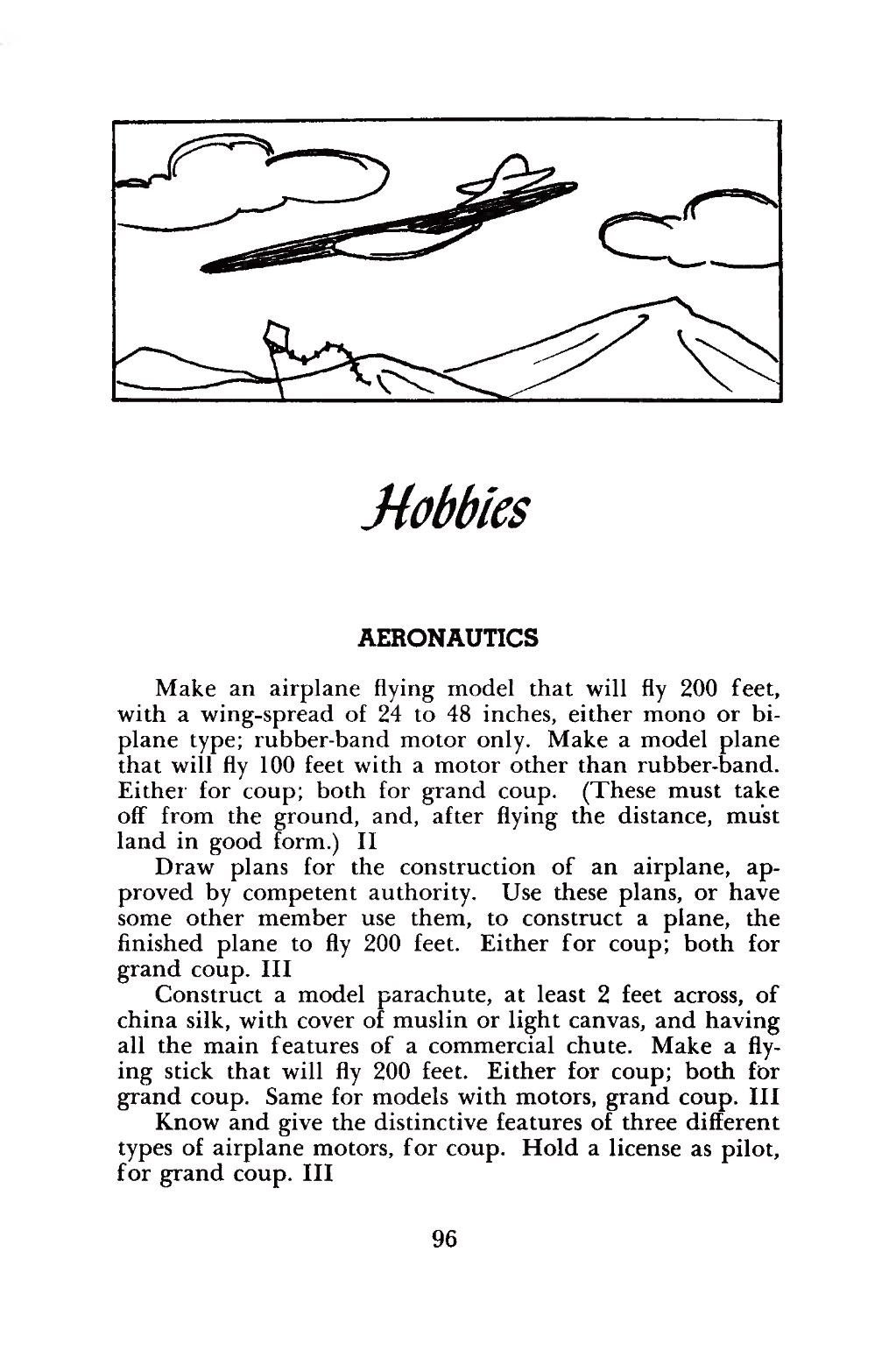