with smooth knots to stand a strain of ﬁve pounds, for coup. Tie six different ﬂies, of regular patterns, on No. 8 to 12 hooks, and take trout with each of them, by daylight cast- ing in clear water, for grand coup. II Make a bait rod of three joints, straight and sound, 16 ounces or less in weight, 10 feet or less in length, to stand a strain of 11/2 pounds at the tip, 13 pounds at the grip, for coup. Make a jointed ﬂyvrod eight to 10 feet long, four to eight ounces in weight, capable of casting a ﬂy 60 feet, for grand coup. II Fly ﬁshing. Take with the ﬂy, unassisted, a three—pound trout, or black bass, on a rod not more than ﬁve ounces in weight, for coup. Take a ﬁve-pound trout or black bass or a four-pound landlocked salmon under the same conditions, for grand coup. I Hook and land with the ﬂy, unassisted, without net or gaff, a trout or landlocked salmon, over four pounds, or a salmon over 12 pounds, for coup. Take, under the same conditions, a salmon over 25 pounds, for grand coup. I General ﬁshing. Take on a rod, without assistance in hooking, playing, or landing, any game ﬁsh, whose weight in pounds equals or exceeds that of the rod in ounces, for coup. Take under the same conditions, a game ﬁsh that is double in pounds the ounces of the rod, for grand coup. I Fly casting. Cast a ﬂy with a rod of ﬁve ounces or less, not over 10 feet long: Boys and young girls 65 feet, coup; 85 feet, grand coup. I Lads and girls 75 feet, coup; 90 feet, grand coup. I Men and women 80 feet, coup; 95 feet, grand coup. I 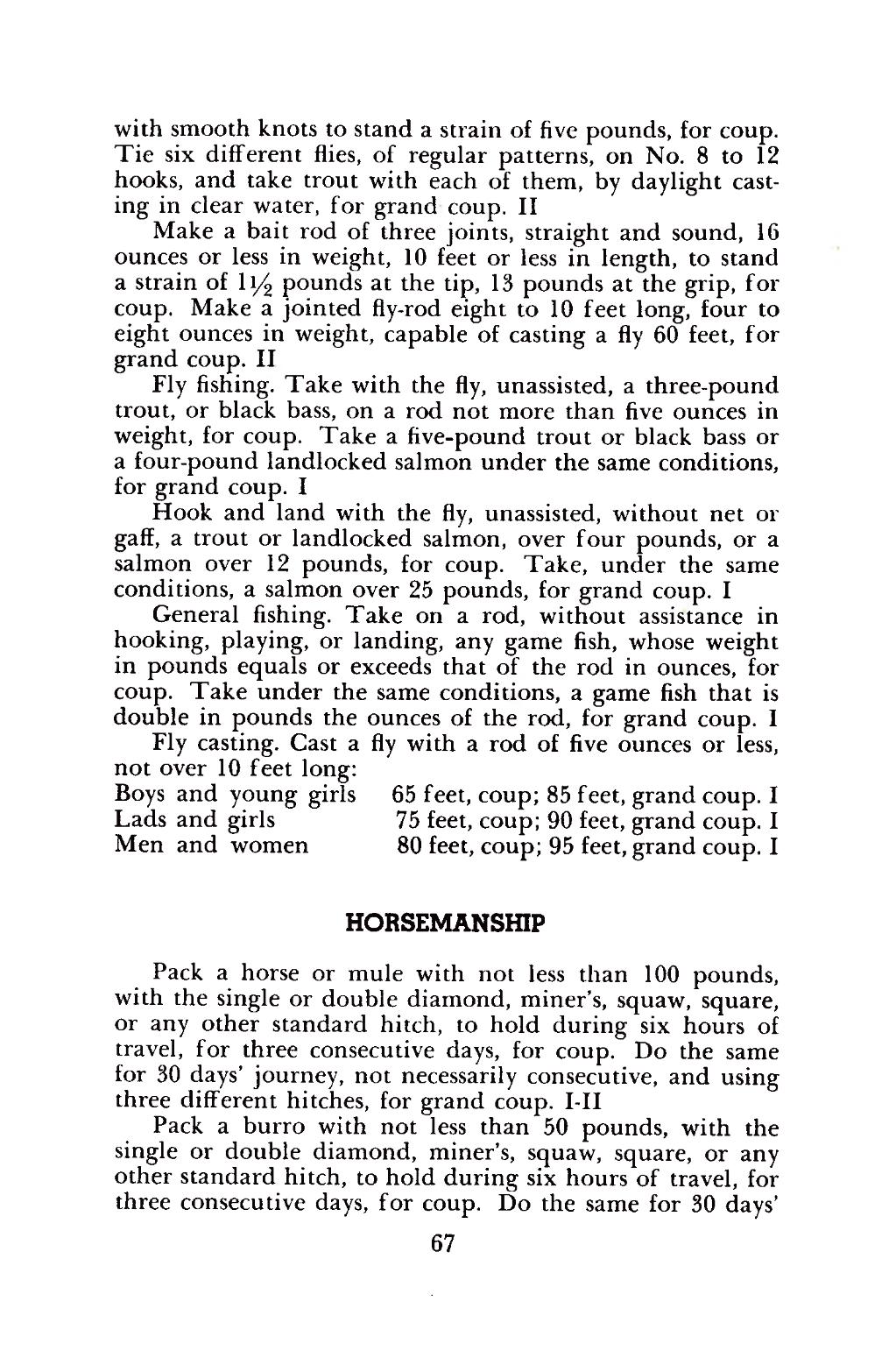