Build out of doors, a clay, stone or brick oven which will bake good bread, for coup. Make and bake good, digestible bread in such an oven after building it, for grand coup. I—II

Make one pint of edible acorn flour, and prepare same for eating. Grind one pound of corn meal in a self-made mortar, prepare for cooking, and cook into good edible cakes. Either for coup. Both for grand coup. II

Make an “Indian well” and get clean water from a swamp or other place where the water is undrinkable, for coup. Build six such wells, each in a different swamp, for grand coup. II

Collect maple juice, and make 1 quart of maple syrup, and one pound of maple sugar, for coup. In addition, make 1 pint of syrup from box elders, birches, or hickory trees, or from honey locust pods, for grand coup. II

Do all the cooking for a week-end camp of not less than 10 people for 2 days. Prepare the menu, select the material, and do the buying for such a camp. Either for coup; both for grand coup. I-II-IV 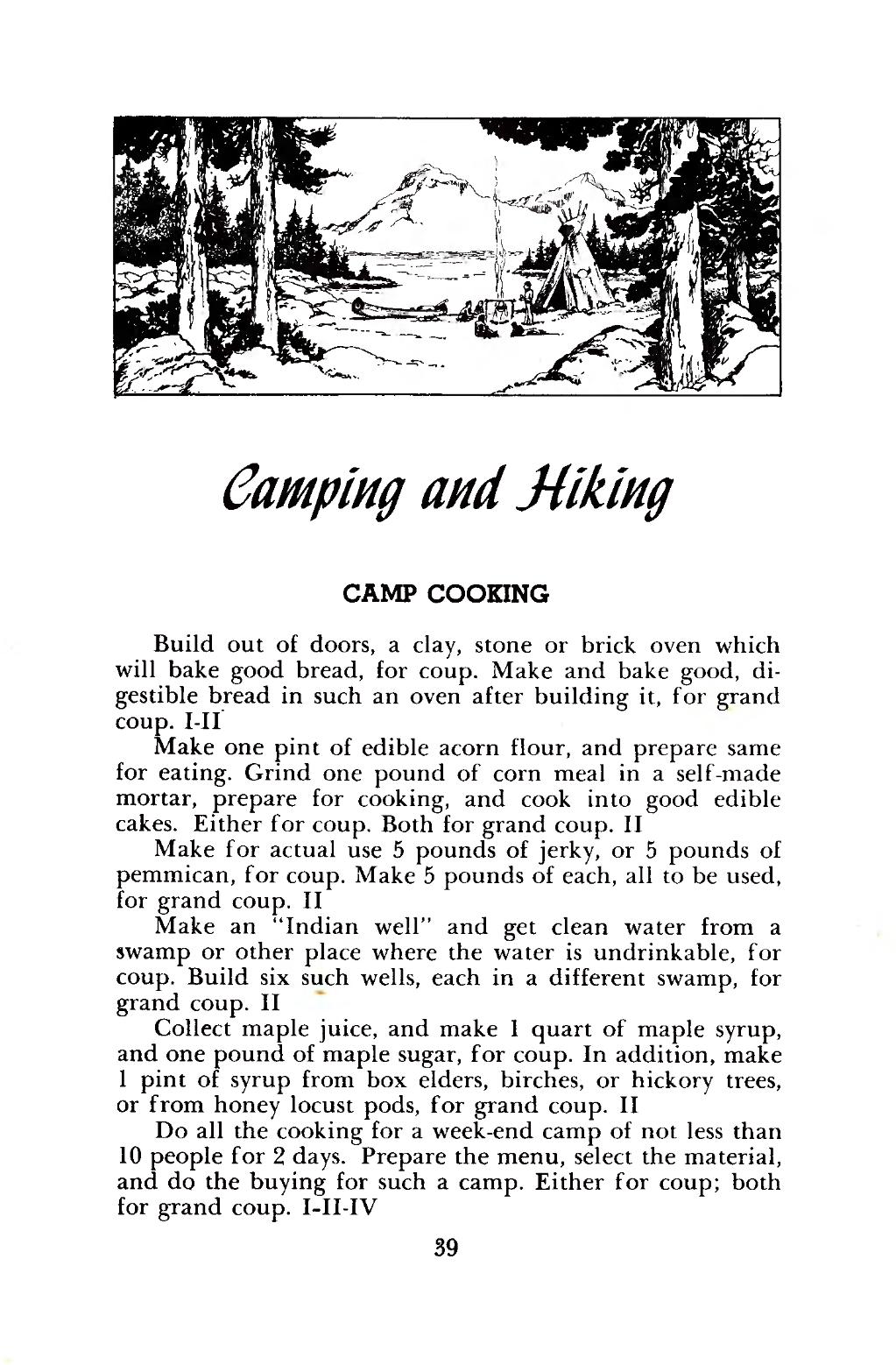