The Degree of Moccasin Runner may be conferred on any one who takes nine of these tests:

1. Walk one mile in eleven minutes.

5. Run one mile in ﬁve and one-third minutes.

7. Paddle a canoe one mile in twelve minutes in dead water.

8. Know the Semaphore or Wigwag or Myer code and take as well as receive a message at the rate of at least twenty-four letters a minute.

10. Know twenty-five secret signs and blazes of the Indian code.

11. Have slept out thirty nights.

12. Know and clearly discriminate the tracks of twenty-five of our common wild quadrupeds; also trail for a mile without snow, till near enough to photograph or bag one.

13. Must have carried a letter three times over a mile of enemy’s country with at least twenty hostiles out against him, of his own class.

The Degree of Mountaineer may be conferred on any one who takes seven of these tests:

1. Take two honors at least in the list of mountain climbing.

2. Camp out at least thirty nights in the mountains.

3. Know, name, and describe the fourteen great divisions of the earth’s crust (according to some standard authority).

6. Know at least twenty mammals that live in the mountains. 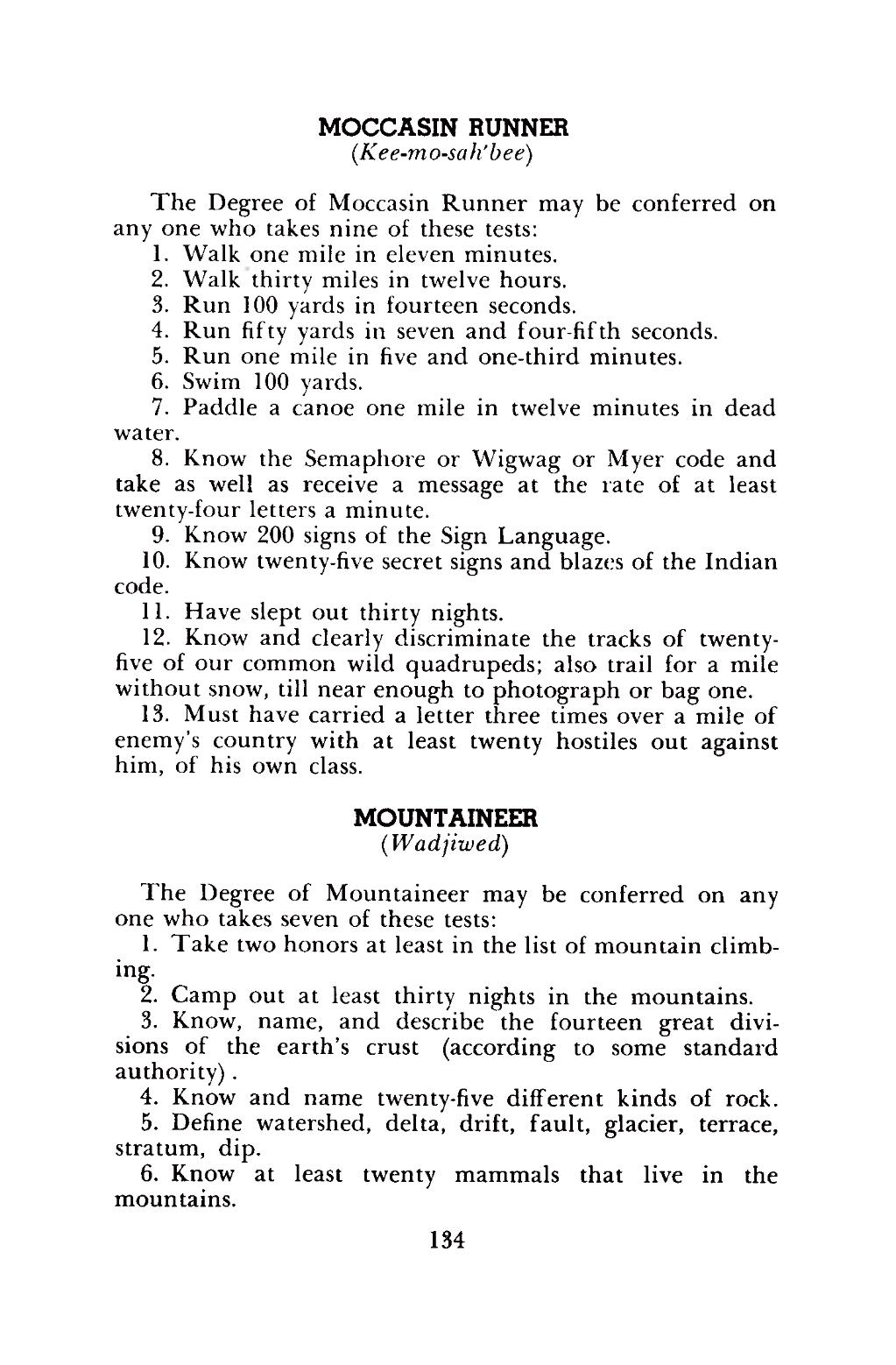