OUTDOORS NIGHT Catch the Lynx This is played in the open air after dark. The “Lynx” carries a bull’s eye lantern or a pocket flash, the light of which he hides with his hand or a shade, until some distance away from the other players. He then suddenly shows the light, and the others dart off in its direction to capture him. But the light 1s hidden again, and the lynx slips quietly away in the dark, and shows the bright beam just where no one expected to see it. In this way, the chase is kept up for some time, for the more silent the Lynx is, the better his chance of escape, while those who would catch him should be very silent too. 39 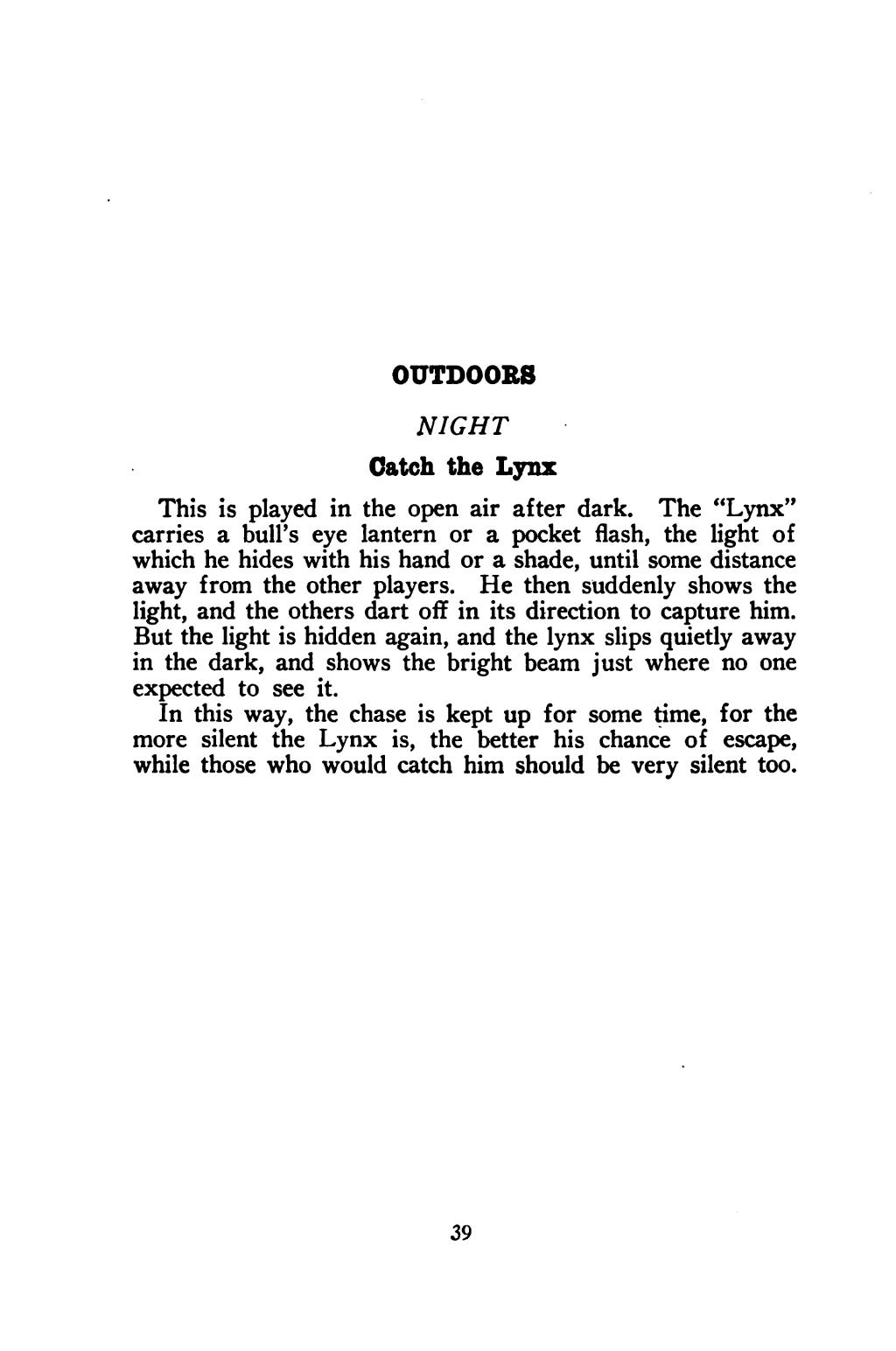