… make it easier to toss a ball into them. The players then stand in a row at a line about eight steps away, and one of them pitches the ball at the hats. The moment this is done, they all scatter, except the boy who owns the hat it has fallen into. He must take out the ball as quickly as possible, and throw it at one of the other players. If it hits him, this boy must, in turn, pitch the ball at the hats.

But if the thrower misses him, a small pebble is placed in his cap as a bad mark. A pebble should also be added for every time a player fails to toss the ball into a hat. When any player has missed so often that the number of pebbles in his cap equals the number of players, he is made to stand at a short distance while the rest throw the ball at him, each in turn. The game then starts afresh.

The trap can be made of a flat piece of wood about nine inches long and two or three inches wide, with a small hollow scooped near one end. Place this piece of wood on the ground, with some twig or small stone under it, so that the end opposite to the scoop is tilted up. Then lay the ball in the scoop, and strike the lifted end sharply with a stick.

This will throw the ball into the air; and before it falls again, the player must hit it with his stick. If he fails to do this twice, or hits it so that the ball is caught by another player, he is out, and the next takes his place.

A lion is represented by one player, who goes out with tracking irons on his feet, and a pocketful of corn or peas, and six tennis balls or rag balls. He is allowed half an hour’s start, and then the group go after him, following his track, each armed with one ball with which to shoot him when they find him. The lion may hide or creep about or run, just as he feels inclined; but whenever the ground is hard or very greasy, he must drop a few grains of corn every few yards to show the trail.

If the hunters fail to come up to him, neither wins the game. When they come near to the lair, the lion fires at them with his tennis balls; and the moment a hunter is hit, he must fall out dead, and cannot throw his ball. If the ..text continues 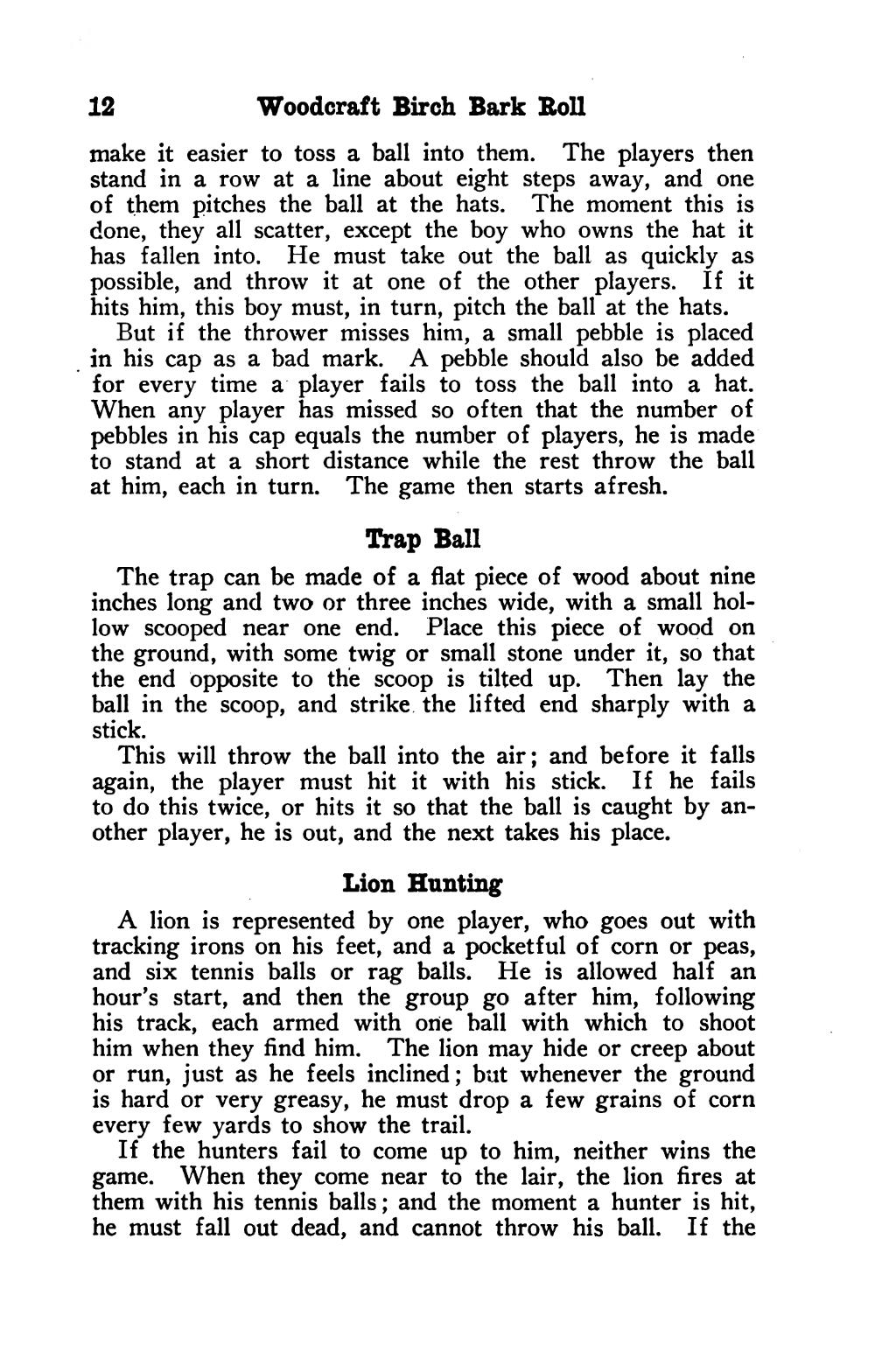