194 Woodcraft Birch Bark Roll A clear hot fire was made, then covered with green stuff or rotten wood so that it sent up a solid column of black smoke. By spreading and lifting a blanket over this smudge the column could be cut up into pieces long or short, and by a preconcerted code these could be made to convey tidings. But the simplest of all smoke codes and the one of chief use to the Western traveler is this: One steady smoke—“Here is camp.” Two steady smokes—‘I am lost, come and help me.” I find two other smoke signals, namely: Three smokes in a row—‘‘Good news.” Four smokes in a row—‘“All are summoned to council.” These latter I find not of general use, nor are they so likely to be of service as the first two given. Signal by Shots The old buffalo hunters had an established signal that is yet used by the mountain guides. It is as follows: Two shots in rapid succession, an interval of five seconds by the watch, then one shot; this means, “Where are you?” The answer given at once and exactly the same means “Here I am; what do you want?’ The reply to this may be one shot, which means, “All right; I only wanted to know where you were.” But if the reply repeats the first it means, “I am in serious trouble; come as fast as you can.” Tramp Signs Among the many signs and blazes doing active service in our cities, just as their predecessors did in the wilderness, are the signs of tramps and gypsies. These, no doubt, vary from time to time, but they must be fairly permanent and general; otherwise, they would not serve their purpose. | An interesting article on Tramp Signs appears in the American Examiner of January 30, I910. It is accredited to Professor Wallace Ernster (Michigan University) and Chief of Police C. J. McCabe, of Poughkeepsie, N. Y. It gives the following as well-established Tramp Signs: 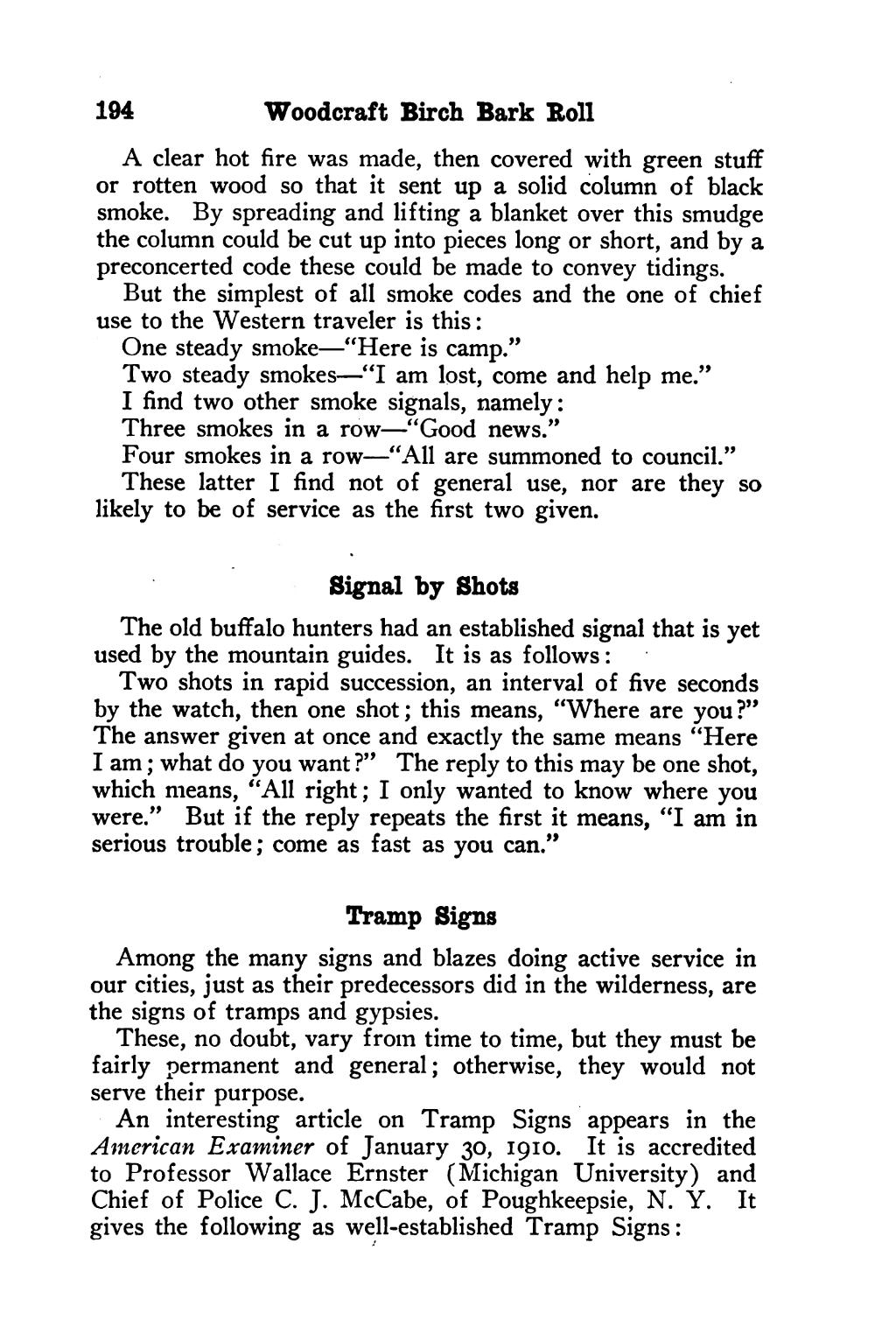