Handicrafts 167 Another improvement is made by using a tin instead of the shell. It makes a steadier lamp, as well as a much larger light. This kind of a lamp enjoys wide use and has some queer names, such as slot-lamp, grease-jet, hunter’s lamp, etc. - To win the honor that is allowed for it the hunter’s lamp must be made entirely of wildwood material and without the use of whiteman’s tools. Some have protested that this is impossible to-day or wus su 1) ‘S Tornald-tin 77g. ~ Lanterns unlawful at certain times. “How,” they ask, “are you going to get your oil—even the small spoonful that is needed ?” The answer is: Any bird, beast or fish has in it oil that | is easily rendered out by one or other of the ordinary modes well known in the kitchen—either by boiling the flesh and skimming off the oil as it comes to the top, or by letting it slow roast on a couple of sticks across a pan, so that the hot grease is secured as it drops. A cat-fish, a crow or a rat will, under such treatment, surrender enough oil for a big lamp, while a woodchuck will give enough for a score or two. Nevertheless, Woodcrafters are unwilling to sacrifice even 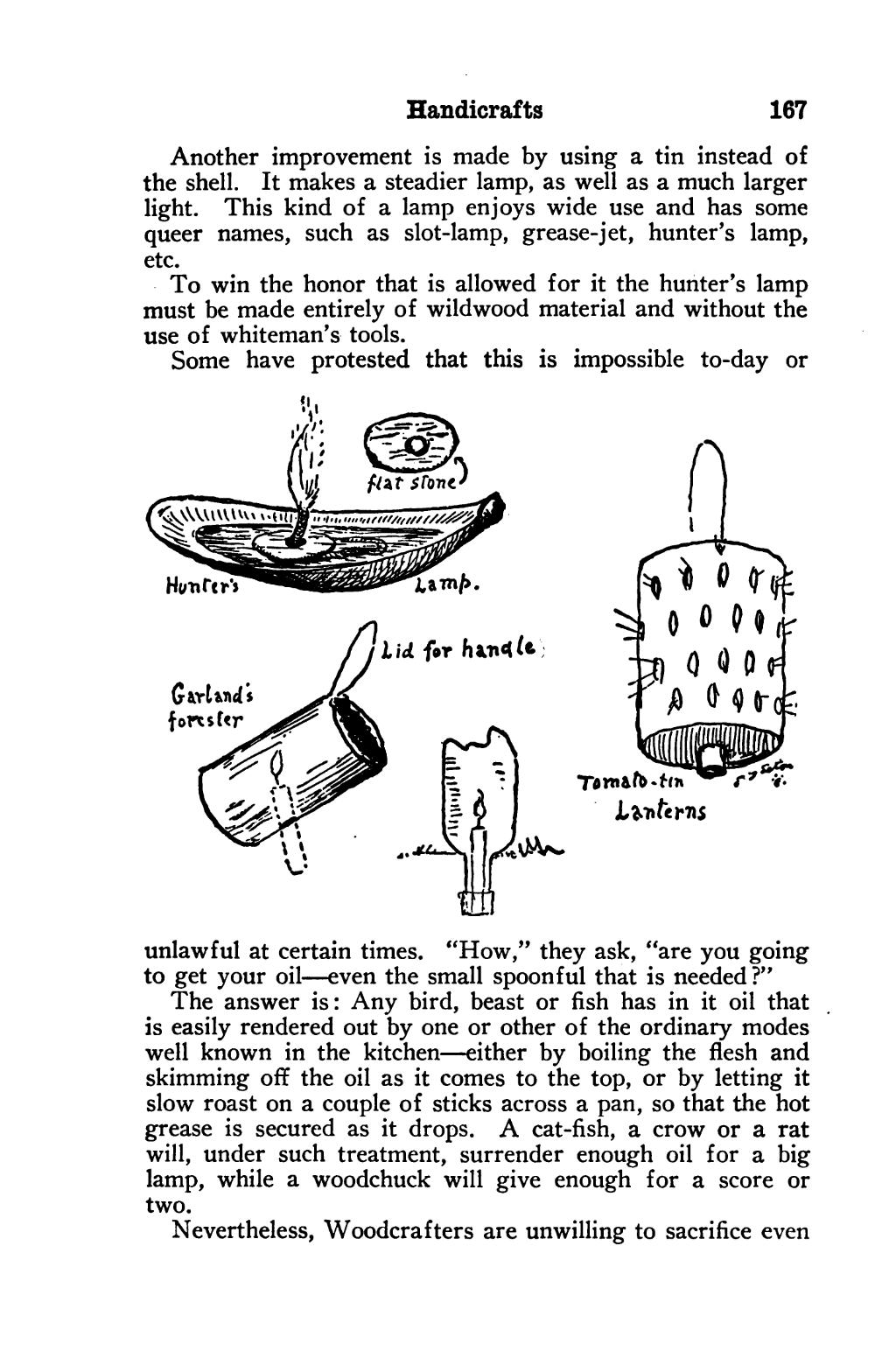