Handicrafts 143 inches in diameter, out of some hardwood, and whittle away one end to fit the hand comfortably, being sure to have it smooth. This “mallet” will be productive of a couple of blis- ters anyway ; and the smoother the handle 1s, the fewer blis- ters will result. “Vigorous pounding is the next process. Lay the ash stick on a large projecting root (a stump smoothly cut, as with a saw, or some similar object), and begin to pound at the upper or top end. It is essential that both the mallet and under-block be such that the ash will not be bruised during the pounding process. “After a few long minutes of work, the rings (or year- marks) will begin to separate. It is advisable to follow one strip down the whole length of the stick instead of continu- ally turning it. It is well, however, to turn it about a sixth of an arc so that the strip will be fairly wide—maybe an inch and a half. “As soon as the idea of the thing is obtained, after the rings begin to separate, the work becomes easier and more fascinating. After removing three or four strips on one side, turn to another side and take those strips down even, and so on, all the way around. By working one strip on one side down the whole length, a wide strip is obtained; and its re- moval allows the next layer to come off without interference. The strips are very smooth, white, thin, and extremely flexible | and strong. When wet, the narrow strips can be tied into knots without cracking or breaking. They may even be used for stitching birch-bark utensils, and similar things. It may be added that every inch of the way must be pounded, as it is impossible to separate it otherwise. “Very neat round baskets may be made with brown ash strips, using very narrow ones in weaving the bottom, and wider ones for the frame and outside. They may also be stained to any desired color for added artistic value and at- traction. The finished basket of this material is very service- able and strong, due to even weaving allowed by the uniform- thickness of strip.”

Robert W. Graham, head guide of the Orion Tribe, writes: “By stripping the outer bark of the white ash in half-inch widths, and using it while it was fresh, with a cigar box as a 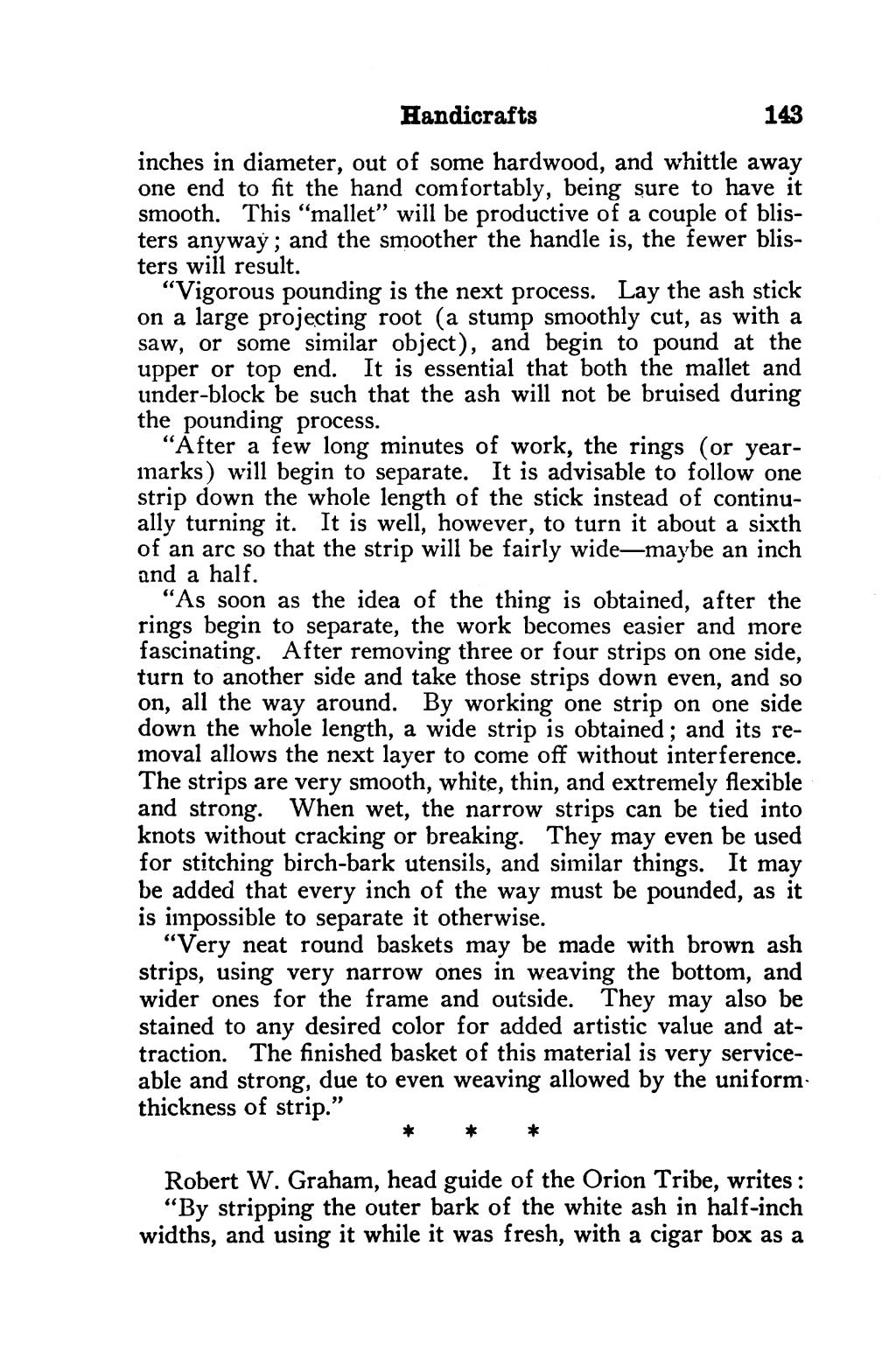